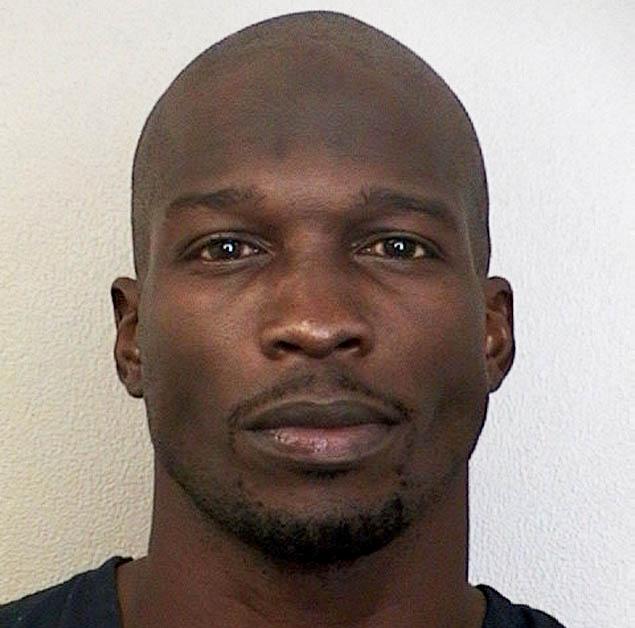 Chad Johnson is a former Miami Dolphin football player.  The former NFL player is known as Chad Ochocinco due to 86 being his jersey number when he played for the Dolphins. In August 2012, “the Miami Dolphins terminated Chad Johnson‘s contract about 24 hours after he was arrested in a domestic battery case involving his wife,” Evelyn Lozada.  Johnson “wife accused him of head-butting her during an argument in front of their home.”  (ESPN)  He was charged with misdemeanor Florida domestic battery.  In September 2012, he pleaded no contest to the Florida domestic violence charge.  The judge sentenced him “to a year’s probation and a counseling course under a plea deal with prosecutors. Johnson also must pay Lozada unspecified restitution.”  (ESPN)

Johnson ended up back in court for violating his probation in Florida.  He negotiated a plea deal for the domestic battery probation violation. Johnson’s attorney “had reached a deal with prosecutors calling for community service and counseling instead of jail. Broward County Circuit Judge Kathleen McHugh said she would tack on an additional three months’ probation because Johnson had failed to meet with his probation officer during three previous months.”

“It was all set until Johnson, when asked by McHugh if he was satisfied with his lawyer Adam Swickle, gave the attorney a light swat on the rear — as football players routinely do to each other on the field. The courtroom erupted in laughter and at that McHugh said she wouldn’t accept the deal. ‘I don’t know that you’re taking this whole thing seriously. I just saw you slap your attorney on the backside. Is there something funny about this?’ McHugh said, slapping the plea deal document down on her desk. ‘The whole courtroom was laughing. I’m not going to accept these plea negotiations. This isn’t a joke.’”

Johnson “tried to apologize and insisted he meant no disrespect.” As he apologized to Judge McHugh, he told her, “this is your courtroom. I have no intent to make this a joke. It’s not funny…. My life is in a shambles right now and I try my best to laugh and keep a smile on my face.”  Apparently, Judge McHugh did not seem to find the apology sincere.  She stated, “It’s not the first time he’s behaved that way in my courtroom.” His attorney tired to help him but the judge still took Johnson into custody.

In Duval County, Jacksonville criminal lawyers will inform their clients as to the proper courtroom behavior.  However, I would never think of informing the client that you cannot smack me on the backside, period.  Even if you are close to your Jacksonville criminal attorney, there are boundaries.  This is especially true in the courtroom.  Many judges require defendants to tuck their shirts in and say “sir” or “ma’am” as a sign of respect.  While I do not agree with the 30 days jail sentence, I am not surprised.