I often write about Florida news articles that I read in the daily news on this Jacksonville criminal lawyers website.  I also post articles and news on the 20 Miles Law Jacksonville lawyers website.  Sometimes, this comes from a story that caught my eye.  I want to give the story from a perspective of a Jacksonville criminal attorney.  I read one today out of Deltona FL.  The headline stated, Brother in jail over beer and mac and cheese.  I assumed that it was a Florida shoplifting case.  Maybe the man was charged with petty theft for stealing from Publix.  This case was much worse.  First Coast News reported the story stating: 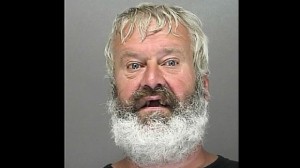 “A fight over missing macaroni and cheese and spilled beer has landed a 49-year-old Deltona man in jail on suspicion of stabbing his brother, according to WPBF.  WPBF said that Randy Zipperer was arrested on charges of aggravated battery and obstructing an officer without violence.”

Obstructing an officer without violence is a misdemeanor charge.  It is also known as resisting an officer without violence in Florida.  Florida aggravated battery is a second degree felony.  This is not a Florida simple battery charge due to the fact that a weapon was involved.  Zipperer allegedly stabbed his brother with a knife.  First Coast news further reported:

“According to the Volusia County Sheriff’s Office, a witness said Zipperer was at his home on Danforth Avenue when he became upset because he couldn’t find his macaroni and cheese.  A witness told VCSO deputies when his 47-year-old brother, who was not identified, went to help look for the food he allegedly knocked over Zipperer’s beer.  When the brothers got into an argument over the spilled beer, Zipperer allegedly got a knife from the kitchen and stabbed his brother in the stomach, deputies said. Deputies said the brother had a small puncture wound on his stomach.”

I am sure that the police officers took pictures of the wound.  This will be used as evidence.  Police “found blood leading from the kitchen to the bedroom.”  They likely took pictures of this as well.  They also took a 6-inch knife with blood on it into evidence.

When it comes to a battery charge, there are defenses.  The main defense that people use is Florida self defense.  If we take the article as the only story, there is not a self defense argument.  There are usually two sides to every story, so we first need to know Zipperer’s version of the events to make a conclusion.  “The Sherriff’s report indicated that Zipperer was apologetic while talking to deputies, but that he also allegedly threatened to beat his brother when he got out of jail.”  This statement will certainly hurt his chances of arguing that he was defending himself against his brother.  This is why it is so important to watch what you say to police.