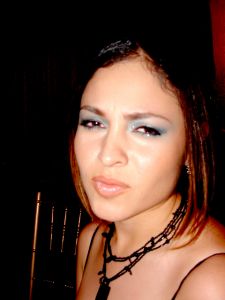 As a Jacksonville criminal lawyer, I have represented adults and children for a variety of crimes.  I have helped adults with Florida drivers license problems.  This ranges from Florida habitual traffic offenders to Jacksonville driving on a suspended license arrests.  I have also represented adults with more serious charges such as murder and armed robbery.  I have represented children charged with charged with serious crimes, such as several Jacksonville burglary charges.  On the other hand, I have helped teenagers with more minor criminal cases like petty theft.

Whether an adult or child is facing a criminal charge, it is serious.  It does not matter if you are charged with a misdemeanor Jacksonville juvenile crime or a higher degree felony as an adult.  When it is your case, it is important to you.  When your child has been arrested, it is important to you.  In the grand scheme of things, it may be minor, but when it happens to you or someone you love, it does not feel that way.

As a Jacksonville criminal attorney, I feel like the majority of Jacksonville juvenile delinquent cases are misdemeanors.  While I represented children charged with felonies, I have represented a lot more that were charged with misdemeanors.  I recently read an article on the First Coast News website that has lead me to believe that things may be changing.  The article stated that more children are being arrested for violent crimes.  This rise is occurring in minority children.  The First Coast News Article stated:

“A trend emerging in Jacksonville is the increased number of minority children who are being handcuffed by police.  UNF criminologist Michael Hallett said African-American children make up 37 percent of the juvenile population in the city with around 66 percent of the arrests being black children. What Hallett finds more disturbing is what is called ‘first contact violence’. This means the first brush with the law is a violence related arrests.  ‘In the good old days we use to believe children progressed from less serious to more serious cime. Not the case? Not the case unfortunately in Duval it’s less and less the case,’ said Hallett.  He says of the 3,000 juvenile arrests in 2011-12, 846 involved ‘first contact’ violence.  Hallett said first contact violence points to the need for more prevention programs and diversion programs for young people when arrested.”

First Coast News also interviewed an attorney at the Duval County State Attorney’s Office.  Julie Taylor is the head of the juvenile court division at the State Attorney’s Office.  She stated that “the numbers of cases involving young people are staggering.  In 2011, 4540 cases were filed.”  She informed First Coast News that “diversion programs are available and afford young people a way to help them instead of putting them in jail.”

While Duval County diversion programs are available, the children must be referred to them first.  Some children do not qualify.  This is especially true for more violent crimes.  I diversion program will not work if the teenager does not get into it.  If your child has been arrested, talk to a Jacksonville lawyer about the options.  You may call (904) 564-2525.