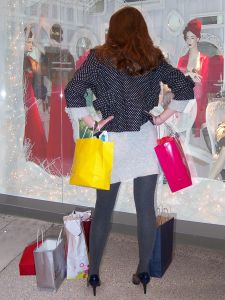 There is a difference between taking someone’s bag and forcefully taking a bag.

As a Jacksonville criminal lawyer, I want to know about crimes that occur in Northeast Florida.  I am especially interested when there is a videotape, because this is evidence.  It is not uncommon for a Jacksonville burglary to be caught on camera.   Some businesses have surveillance cameras that will capture property crimes being committed.  A store camera may catch someone shoplifting.  Cameras are used in drug sale cases.  A narcotics detective will often use a camera to catch someone selling drugs in Jacksonville.  In Jacksonville driving under the influence cases, the police car will usually have a camera.  This will result in a DUI DVD for the criminal case.  A teenager may record a school fight on his IPhone which results in evidence for a Jacksonville simple battery case.  The evidence will be used in the Jacksonville juvenile criminal case in the same manner it would be used in an adult’s prosecution.

In my career as a Jacksonville criminal attorney, I have seen a lot of different video recordings for criminal cases.  The videos are used as evidence.  I recently saw a video that will certainly be used in the prosecution of a Jacksonville theft case or robbery by sudden snatching case.  A news crew employee video tapped a theft that occurred in the Gateway Mall.  You may watch the short video by viewing on First Coast News.  First Coast News wrote an article with it stating:

“In the first portion of the video, a man can be heard yelling ‘Hey! Hey! Stop him!’  That man continues to run in the direction of a car as he appears to scream at a person whom he says took his bag.  As the video progresses, someone is seen jumping into a white car. The driver of the car begins to speed off before the rear driver’s side door is closed by someone inside the vehicle. The First Coast News employee had the wherewithal to record all of this as it was happening.  The video shows the car continuing through the parking lot of the shopping center. The First Coast News employee zooms the camera in on the car, clearly revealing the license plate of the vehicle before it gets away.”

We cannot see the actual theft occur.  If the bag was sitting on the ground or the owner was not holding it, it is a basic theft case.  If the property is worth less than $300 it is a Jacksonville petty theft charge.  Otherwise, this is a Jacksonville grand theft.  If the shopper was holding onto the merchandise, this could be robbery by sudden snatching.  Robbery by sudden snatching is a felony.  It is define by Florida Statute 812.131.  Florida Statute 812.131 states:

(a) The offender used any amount of force beyond that effort necessary to obtain possession of the money or other property; or

(b) There was any resistance offered by the victim to the offender or that there was injury to the victim’s person.

(b) An act shall be deemed “in the course of the taking” if the act occurs prior to, contemporaneous with, or subsequent to the taking of the property and if such act and the act of taking constitute a continuous series of acts or events.