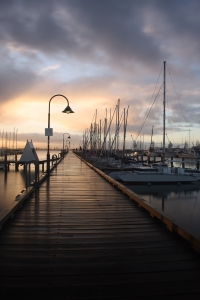 The Conch House is a located in St. Augustine FL.  It is a marina with a restaurant and hotel.  It also has a very large dock with a few bars.  The dock has room for bands to play and for dancing.  During the summer months, the Conch House hosts Reggae Sundays.  A lot of patrons from Jacksonville come by car or boat to enjoy the music and drinks.  It is a popular event.  This is especially true on three day weekends, such as Memorial Day and Labor Day.  When people do not need to work on Monday, they tend to treat Sunday like a Saturday.

As a Jacksonville criminal lawyer, I can understand that St. Johns County would have an increase in arrests during a three day weekend.  I would assume that it is due to Florida driving under the influence cases.  There are also more people driving in general on Memorial Day weekend, so there would be more Florida traffic tickets.  There may be more people driving on a suspended license in Florida.

When alcohol and crowds are involved, there is tends to be more fighting.  With the Conch House being hot and crowded, I’m not surprised to see that a fight broke out there.  Normally, the media would not care about a bar fight.  However, when a NFL star running back is involved this the fight, this makes national news.  Maurice Jones-Drew is a running back for the Jacksonville Jaguars.  He was involved in fight at the Conch House in St. Augustine on Sunday.  There were conflicting stories about what occurred during the fight that involved Jones-Drew and whether or not Jones-Drew will be arrested for Jacksonville battery.

“Contrary to earlier reports, Jacksonville Jaguars running back Maurice Jones-Drew has NOT been charged with battery in connection with an incident at the Conch House in St. Augustine, Fl. on Sunday, according to TMZ. The St. Augustine Police Department released a statement Tuesday in which it said, ‘The (S.A.P.D.) has filed charges of misdemeanor battery against Jacksonville Jaguars player Maurice Jones-Drew…. But a representative for the S.A.P.D. told TMZ later Tuesday that they made a mistake and ‘misrepresented’ the situation and, in fact, no charges have been filed against Jones-Drew.”

If Jones-Drew did in fact hit in the security guard, did he act in self defense?  If you act in self defense in Florida, this is a complete defense to battery.  He could also be innocent if he was defending another person.  We would need more information of what occurred to see if Jones-Drew (1) actually hit the guard, (2) was defending himself, or (3) was legally defending another person.

You can use force if you are protecting another, so long as you act in accordance with Florida Statute 776.031.  This Florida criminal law states:

“A person is justified in the use of force, except deadly force, against another when and to the extent that the person reasonably believes that such conduct is necessary to prevent or terminate the other’s trespass on, or other tortious or criminal interference with, either real property other than a dwelling or personal property, lawfully in his or her possession or in the possession of another who is a member of his or her immediate family or household or of a person whose property he or she has a legal duty to protect. However, the person is justified in the use of deadly force only if he or she reasonably believes that such force is necessary to prevent the imminent commission of a forcible felony. A person does not have a duty to retreat if the person is in a place where he or she has a right to be.”