We watch movies about the drug trade in South America and Central America.   These movies are about drug lords in countries like Mexico and Columbia that ship illegal drugs to the United States.  They often ship drugs to places like Miami FL.  With Florida being so close to the Carribbean and surround by water, it makes sense that Florida would be a port for these illegal drugs.  The international drug trade is no limited to South Florida.  Jacksonville criminal lawyers often defend people charged with selling or distributing controlled substances.   It is not usual for Florida criminal attorneys to have several drug cases at a time. 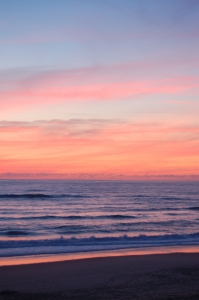 Winds and rain pounded the Jacksonville area last weekend.  There was heavy down pour on Thursday, Friday, and Saturday.  Friday’s storm caused the St. Johns County Sheriff’s Office to discover a large quantity of cocaine on Ponte Vedra Beach.  The Florida Times Union reported the rare story.  It stated that the St. Johns County Sheriff’s Office found 25 kilos of cocaine.  “The pure cocaine has an estimated street value of $7.5 million and came from South America, destined for somewhere on America’s East Coast.”  The cocaine “washed ashore on St. Johns County beaches during Friday’s storm.”  The cocaine is being held as evidence.  “Commander Chuck Mulligan, a Sheriff’s Office spokesman, said it came from South America and was wrapped for delivery to buyers who would have cut and processed it for sale on the street.”  Mulligan further stated that the cocaine “was very well bundled, and they are still in their kilo forms, the way they were manufactured…. This has come from a foreign country, pressed into kilo bricks and wrapped with multiple layers of cellophane and tape.”  Police do not “know if the drugs washed off a wrecked boat or plane or [were] dumped to avoid capture, although it happened fairly recently. The U.S. Coast Guard and Homeland Security are involved with the Sheriff’s Office in the investigation.”

If you find these drugs, do not take them.  It is one thing to have a Florida cocaine possession drug charge.  It is another to be faced with a Florida drug trafficking charge.  A Florida cocaine trafficking charge may result due to the amount of cocaine involved.  Also, the cocaine is at the center of a national investigation.  The last thing that you want is to have Federal agents involved.  As a Jacksonville criminal lawyer, I have seen drug charges that range from Jacksonville juvenile drug possession cases to severe drug offenses that were subject to minimum mandatory prison sentences.  If someone is caught possessing this cocaine, this will not be a basic Florida drug case.