As of today, the legal limit in Florida is .08.  If you have.08 grams or higher of alcohol in your breath or blood sample, Florida law states that you are guilty of driving under the influence.  The Florida DUI Law is Florida Statute 316.193.  It states:

(1) A person is guilty of the offense of driving under the influence and is subject to punishment as provided in subsection (2) if the person is driving or in actual physical control of a vehicle within this state and:
(a) The person is under the influence of alcoholic beverages, any chemical substance set forth in s. 877.111, or any substance controlled under chapter 893, when affected to the extent that the person’s normal faculties are impaired;
(b) The person has a blood-alcohol level of 0.08 or more grams of alcohol per 100 milliliters of blood; or
(c) The person has a breath-alcohol level of 0.08 or more grams of alcohol per 210 liters of breath.” 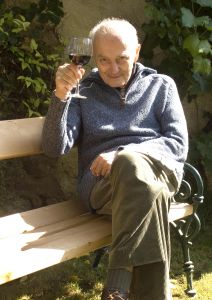 A glass of wine could cause a DUI? Even if you are not impair?

There has been a proposal to change the alcohol limit.  NBC News reported that “The National Transportation Safety Board is calling on Florida and other states to reduce the amount of alcohol that drivers can legally consume before they get behind the wheel. The agency said Tuesday that it believes reducing the blood alcohol level limit from .08 to .05 will cut the chances of a drunk driving crash in half.”  With everything that I have seen as a Jacksonville criminal lawyer, I do not agree with this.  If anything, it will likely cause more people to refuse breath tests and may increase Jacksonville DUI criminal refusal charges.  I will also increase people driving on a suspended license in Jacksonville due to the additional FL drivers license suspensions.  Instead, I agree with the American Beverage Institute.  This industry trade group that represents more than 8,000 restaurants stated, “This recommendation is ludicrous. Moving from 0.08 to 0.05 would criminalize perfectly responsible behavior…. Further restricting the moderate consumption of alcohol by responsible adults prior to driving does nothing to stop hard-core drunk drivers from getting behind the wheel.”  In the Jacksonville DUI cases that I have handled with serious accidents, the drivers’ blood alcohol limits were over .08.  It is not illegal to drink and drive.  That is why bars and restaurants have parking lots.  It is illegal to drink too much and drive.  You cannot drive while you are impaired from consuming alcoholic beverages.

This is a national proposal that the National Transportation Safety Board wants all the states to implement.  The legislatures of all fifty states would have to change the law in each of their states.  “The last time the blood alcohol level limits were reduced from .10 to .08, it took 21 years for all states to implement the change.” (NBC News)

Local businesses have commented on a possible change in the Florida driving under the influence law.  “Some of the bartenders at Kickbacks Gastropub think the change would undercut their business. The Riverside bar said they already have a plan in place for customers too drunk to drive.”  The Jacksonville chapter of Mothers Against Drunk Driving told First Coast News that they do not support the changes in the DUI legal limit.  “The organization believes the only way to stop drunk driving is education and the conscious decision to hand over the car keys.”  If fact, a woman in Clay County FL agreed.  She “lost her daughter to a drunk driving accident [and] doesn’t think the change would make a difference.”  She stated, “I don’t think changing the limit is going to do anything. People just think it’s never going to happen to them.” (First Coast News)

By lowering the legal limit, you are not getting drunk drivers off the street.  You are arresting people for driving while under the influence when they were not even impair.  You are criminalizing behavior that is not criminal.  As a Jacksonville criminal attorney, I cannot imagine people coming into my law office with a DUI charge for a breath alcohol level of .05 when the person was not even impaired.  It’s like being arrested for Jacksonville burglary for breaking into your own car after you locked your keys inside.  It’s like being arrested for Jacksonville theft for walking out of a store with an item that you already paid for.  People are not intoxicated with an alcohol level of .05.  If a person was intoxicated at .05, the state attorney’s office can still charge the driver with DUI.  They just need to prove that the person was impaired.  Look at the law that I listed above.  It still allows for a conviction if the State proves impairment.  What is wrong with the State of Florida having to do this?  Isn’t that the law?  Innocent until proven guilty, right?  Prove that the person was impaired, and the driver will be convicted of DUI.  Why do you need a lower legal limit to do that?