Yesterday a video was released in the Jordan Davis murder case.  Michael Dunn was arrested for his murder in November of last year.  Read Southside Jacksonville Florida Shooting Murder Charges for background information about this homicide case.  Immediately after Dunn’s arrest, there was speculation about a self defense argument.  Many people believe that Dunn would claim that he was acting lawfully under the Florida stand your ground law.  I wrote about this speculation on the 20 Miles Law Jacksonville lawyers website and this Jacksonville criminal defense lawyers website. 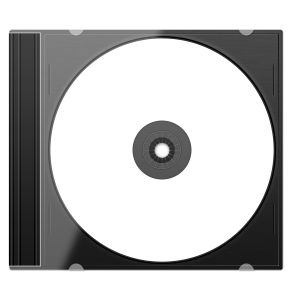 A video was released confirming that Dunn is claiming that he acted in self-defense in Jacksonville FL.  Police in Brevard County questioned Dunn.  Detectives asked him about the shooting on November 24, 2012.  News4jax released the video.  Dunn stated “There’s like an SUV next to us, and the music starts, and I roll down my window, and I thought I was polite. I asked them nicely. I asked, ‘Would you mind turning that down?’ They started. I was like, ‘Thank you.’ Cordial, everything’s cordial. I put my window back up. I’m doing my stuff. I don’t know how many kids are in that.” Things changed quickly.  “Dunn said it didn’t remain cordial. He said the music went back up, and then one of the teens started yelling, ‘Kill him.’ Dunn said he didn’t know if they were singing to music or talking about him.”  He believed that a person in the other vehicle was reaching for a gun.  Police never found a gun in the SUV, but Dunn insists that he saw something that resembled the barrel of a gun.  “Dunn said he reached for his gun and started shooting because he thought the teen was going to get out of the SUV. Dunn fired again as the SUV sped off through the parking lot.”  Dunn told detectives that he shot the gun four times.  He stopped and then shot four more times.

There were several people at the gas station.  Jordan Davis was killed, but there were other passengers in his vehicle.  Dunn’s girlfriend is also a witness to the crime.  The Duval County State Attorneys Office has tendered pages of discovery that can also be found on the News for Jax website under Michael Dunn discovery materials.  There are crime scene photographs and witness statements.  Some statements are audio while others are video.

When a Jacksonville criminal lawyer has a case like this, recreating the scene of the crime often helps.  This explains certain crime scene pictures and evidence that is found.  Surveillance videos may also be helpful as witnesses stories tend to conflict with one another.  Their memories also fade over the months before trial.  If there are written witness statements, they often leave out pertinent facts that do not seem important at the time, but end up being critical.