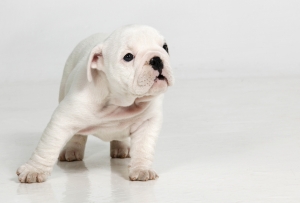 A pet store in Jacksonville FL was burglarized last Friday and two puppies were stolen.  The store is located in the Mandarin area.  Lynn Lamereaux is the owner of Pet World on San Jose Boulevard.  “Lamereaux has owned Pet World for 25 years. Friday night, shortly before 11 p.m. a burglar alarm went off. She was contacted and police responded to her business.”  She stated “When I got here [the] door was busted out.” It appears that the burglar only took the two dogs.  They are valuable puppies.  “A 3-month-old Morkie valued at more than $1,000 was taken, as well as a 9-week-old English bulldog valued at more than $3,000.” (First Coast News article)

This Mandarin pet store has had animals stolen before.  The pets are usually taken during normal business hours while the store is open.  Pet World is often able to get the dogs back, because people show their families and friends that they have a very expensive animal.  Then, the person would be reported.  This can certainly create a problem if the new owner was not the person that stole the animal.  The new owner may be falsely accused of a crime.