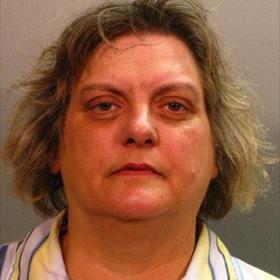 Cynthia Nichols is an attorney in Jacksonville.  She graduated from Stetson University in 1981 and has been practicing law in Florida “focusing mainly on elderly estate management.”  She handled many guardianship cases.  She was arrested last Friday for Jacksonville grand theft and exploitation of the elderly.  The exploitation of the elderly charge is Section 825.103 of the Florida Statute.  Nichols was arrested pursuant to Section 825.103(2)(a), because the funds or property involved in the exploitation of the elderly person is valued at $100,000 or more.  This is a first-degree felony crime.  As for the Jacksonville theft charge, this is a felony, because she was accused of stealing between $5,000 and 10,000 dollars.  The Jacksonville Theft Law is in Florida Statute 812.014.  Nicholas was arrested for violating Section 812.014(2)(C)(2).  This is a third-degree felony.

“The charges came after the family of one of three victims filed a complaint with the Florida Department of Children and Families in November 2012.  ‘That is the highest amount that we’ve seen in an exploitation case in Jacksonville in several years,’ says DCF spokesman John Harrell.  Harrell calls the case disturbing and alarming. As an attorney, Nichols had access to all of her clients’ money and served as guardian over their financial accounts. Further investigation by the State Attorney’s office reveals Nichols used her clients accounts to fund a lavish lifestyle for her and a friend, Gina Bateh, who is a five-time convicted felon.”

The Jacksonville Sheriff’s Office met with DCF and began an investigation in early November 2012.  They learned that “Nichols used money from one client’s account to buy two vehicles that were used by Bateh and her daughter. Nichols also bought a Southside home that she allowed Bateh to live in. Bateh was paid a weekly salary to care for a second victim who only lived in the home for a short time.”  There was also a third victim.  It has been alleged that “Nichols withdrew money from a third client’s account using his ATM card. The family says their loved one is unable to use a card and did not make the withdraws.”

Rich Mantei has been a prosecutor in Duval County FL for many years.  He spoke to Action News about the case.  He stated that bank record were pretty much clear.  The police are still conducting an investigation.  Because there may be other victims that were unaware of Nicholas criminal conduct, “Mantei says Nichols may have even more victims and additional charges may be filed.”

Nicholas bond was set at $5,003 per count.  Since she was charged with two counts, she bonded out before going to court at $10,006.  Because she bonded out, she will not have to stay in jail while defending her criminal case.  This does not mean that she will not serve a jail or prison sentence if she pleads guilty to the crime or is found guilty after a jury trial.  If additional victims come forward with evidence, she could be arrested on new charges.  This means that she would need to post a separate bond for the new arrest.

Nicholas is set for arraignment on May 9, 2013, but this court date is subject to change.  On that date, she will enter a plea of guilty, no contest, or not guilty.  As a Jacksonville criminal lawyer, I believe that she will plea not guilty.   I am sure that she is already working on a defense to these serious charges.  When a Jacksonville criminal attorney his hire for a case like this, he or she has a lot of catching up to do.  You have to start working on it immediately.  The police have been investigating Nicholas and collecting evidence for almost 6 months.  They are bank records and allegations that date back to two years ago.  I am sure that there are a lot of witnesses, and as Assistant State Attorney Mantei stated, more victims could come forward with additional evidence against Nichols.

There is another worry for Nichols.  The Florida Bar governs lawyers in Jacksonville FL.  They will surely be conducting their own investigation.  This could result in Nichols being disbarred. The Florida Bar may also issue monetary sanctions against her.  Even if the criminal charges are later dropped or she is found not guilty, the Florida Bar may still move forward with their punishment.