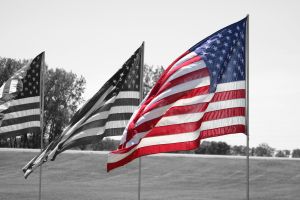 Accusations that Veterans were defrauded in Jacksonville FL

Nelson Cuba is a police officer with the Jacksonville Sheriff’s Office.  He is also the president of the Fraternal Order of Police in Jacksonville FL.  This is an important role.  According to the FOP website:

“The FOP Foundation funds programs designed to honor America’s law enforcement officers, foster community involvement, and aid the families of those who have made the ultimate sacrifice in the line of duty. Each year, individuals and companies around the world join in partnership with the FOP by contributing to the FOP Foundation. These contributions demonstrate their appreciation for the service and sacrifice made each day by law enforcement officers and their families.”

Additionally, the FOP public supports many candidates running for public office.  This includes judges, senators, and congress members.  It is a respected organization.  However, a federal investigation has lead to arrests within the FOP.  This investigation began in 2009.

Yesterday, Cuba was taken into custody as part of a federal racketeering investigation. “Also detained were Kelly Michael Davis, secretary for Allied; and Robbie Freitas, first vice president of the FOP. Others who operated the centers were also arrested.”  Today, the Florida Times Union reported that 57 people are being charged “for a $300 million racketeering and money laundering scheme orchestrated by the ‘internet café’ organization Allied Veterans of the World.”  This “operation masqueraded as a charity and defrauded veterans with less than two percent of profits going to charities. The investigation spanned 23 Florida counties and six states.”

Cuba has been all over the local news in Jacksonville, but he is not listed as one of the masterminds.  The Florida Times Union further reported: