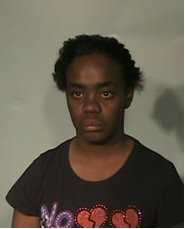 Florida criminal law makes it a crime to give police officers false information concerning a criminal investigation.  It is not out of the ordinary for someone to lie to police officers.  It is rare to see it as a headline on the local Jacksonville FL news.  A false police report arrest made national headlines due to its affiliation with another high profile case.  On Monday, I wrote an article about the shooting that occurred last Friday morning in Brunswick GA.  With Brunswick being so close to Jacksonville, Duval County lawyers are interested in this criminal case.  The article is called Jacksonville Juvenile Attorneys Take on Brunswick Baby Shooting.  Two teenaged boys were arrested for murder.  They are juveniles.  Dominique Lang is 14 years old.  De’Marquise Kareem Elkins is 17 years old.  They are accused of shooting and killing a 13 month old baby.  The child’s name was Antonio Angel Santiago.  His mother is Sherry West, and she was shot in the leg.
There has been another arrest in connection with this case.  De’Marquise’s mother and aunt were arrested after being accused of lying to police officers.  They were charged with giving false information.  Karimah Elkins is De’Marquise Elkins mother.  She has posted bail.  Katrina Elkins is his aunt.  She posted bail but is being detained on a probation violation warrant from another county.  The warrant is for driving on a suspended license and a speeding ticket.  The Florida Times Union reported this story on Jacksonville.com stating: 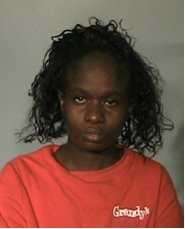 “After police arrested the mother and aunt of murder suspect De’Marquise Elkins, 17, Tuesday morning on charges of making false statements, the women provided information that eventually led investigators to the gun, Glynn County Police Chief Matt Doering said.  Investigators found the gun about 8 a.m. in a marsh pond east of U.S. 17 near its intersection with Spur 25, Doering said. That was about three hours after the arrests…. Doering would not say what led to the false statements charge.”

“Asked about the charges against the two women, Public Defender Kevin Gough, whose office is defending Elkins, said he didn’t know the basis of the charges…. ‘In these situations that are so highly charged, it’s not unusual for people to shift things in favor of their loved ones,’ Gough said.”

Gough is 100% correct.  It is not unusual for people to lie to police to protect themselves.  It is even more common when protecting a loved one.  Jacksonville criminal lawyers will often run into witnesses lying to help the alleged victim or to defend the accused.  It is normal for a mother to want to protect her child.  If Karimah Elkins did knowingly give false information to police officers, it was likely due to fear that she would be hurting her son.  While you may believe that you would let your son have what is coming to him, it is a completely different story when your child is the one sitting in a juvenile detention facility facing murder charges.

I am a Florida criminal attorney, so I cannot comment on Georgia law.  Let’s pretend that Karimah and Katrina Elkins were arrested for giving false information to police in Jacksonville FL.  Lying to police officers about an investigation is generally a misdemeanor.  In the Elkins’ cases, they would be charged with felonies.  Florida Statute 837.05 states “Whoever knowingly gives false information to a law enforcement officer concerning the alleged commission of a capital felony, commits a felony of the third degree.”  Murder is a capital felony.