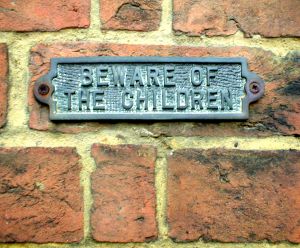 Kids will get in trouble. They may be arrested, but we cannot “Beware of the Children.” We must help them.

I think that most Jacksonville lawyers will tell you that school fights are usually misdemeanors.  The children that are fighting are usually split up quickly.  They are taken to the principal’s office.  The school resource officer may question the children.  The school notifies the parents and may call the police.  If the fight gets out of control, one or more children could be leaving in an ambulance.  This is when the charges get very serious.

The fight started over Facebook drama.  Aria Jewett is the 14-year-old girl that is listed as the victim of the crime.  Jewett stated that the girl that was arrested for felony battery was once her close friend.  The fight occurred over “some name calling on Facebook and confusion about who said what.” Jewett told a reporter:

“I walked into the store and I didn’t buy anything because she said she was going to buy something and I walked out and [the suspect] said, ‘What have you been saying about me?’. I was like, ‘Nothing’, they already had all their phones out so I know she wanted to fight.  She’s like I’m going to beat you up, well she said it in harsher terms and I was like no, I’m not fighting and I tried to walk away…. I saw her following so I kind of trotted then she hit my head on a wall and I don’t remember anything after that.” (First Coast News of Jax FL)

First Coast News further stated that Jewett “had a basal skull fracture, severe concussion, mild abrasion and contusion to the head.”  This statement is based on police reports.