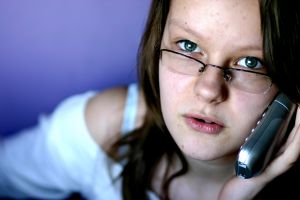 Have you been arrested more than once?  Does your Florida criminal background show two or more arrests?  This could create a problem for you.  Most people want to seal or expunge their entire criminal record.  Let’s pretend that you were arrested for two Florida drug charges.  You had marijuana in your car in 2006.  You were arrested for Jacksonville possession of cannabis.  The marijuana charge was dropped.  This drug crime is still on your record.  Police find cocaine in your pocket in 2011.  You pleaded no contest to the Jacksonville possession of cocaine charge.  The Duval County judge withheld adjudication.  You were not convicted of the crime.  You have never been convicted of a crime.

You normally can only seal or expunge one arrest.  There are exceptions for Jacksonville juvenile crimes.  If you have expunged a Jacksonville juvenile delinquent record, you may still be able to seal your adult record.  I have written an article on my Jacksonville attorneys website.  It is called How Many Criminal Records Can I Seal in Florida?  This gives the Florida law that governs record seals and expunctions.  This will explain why you cannot seal more than one record.  The FL law itself prohibits it.  I wrote a similar article on this website that gives the Florida law that applies to expunging your record.  This article is called How Many Times Can I Expunge a Florida Criminal Record?  The record sealing and expunging laws are very similar.

The bottom line is that Florida has many requirements for erasing criminal charges from your record.  You only get one bite at the apple.  There are other requirements that you must meet.  Read Can I Expunge My Florida Criminal Record if your charges were dropped.  Read Can I Seal My Florida Criminal Record otherwise.  Sealing and Expunging your record is a long, multistep process.  Get the help that you need.