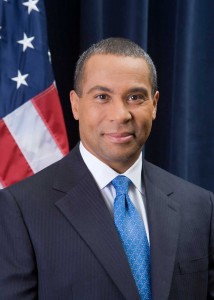 This article should be read after the article on my Jacksonville lawyer blog entitled “Has Florida’s Juvenile Criminal Laws Ignored US Supreme Court?”  The prior article explains the Miller v. Alabama Supreme Court decision.  It discusses two very important Jacksonville murder cases.  It also shows how this Supreme Court case will affect Florida juvenile lawyers and Jacksonville criminal attorneys with future cases.  Even more importantly, I would like to discuss how it affects people that are depending on the legislature and courts to follow the reasoning behind Miller v. Alabama.  A friend of mine wrote something today that was eye-opening.   Her son is Joshua Phillips.  He was sentenced to life in prison without the possibility of parole for the 1998 murder of Maddie Cliffton.  He was only 14-years-old at the time of his conviction.  He has been in Florida State Prison ever since.  His mother stated:

“At the end of June, 2012, The United States Supreme Court ruled that my son Josh’s sentence of Life Without the Possibility of Parole, was unconstitutional, which meant, he like many other juveniles in his situation, need to be re-sentenced.  The wheels of justice move more slowly than I ever imagined they could. My son has been incarcerated from the age of 14 until now, nearly his 29th birthday. In November of 2012, he’d spent half his life in prison. When the ruling came down, I was ecstatic to the point of tears and weak knees, because it meant my son was coming home! But, now, months later, we are still waiting for something to happen in his case…. Where is Governor Rick Scott in all of this?”

Why did she state, “Where is Governor Rick Scott in all of this?” She is referring to Deval L. Patrick, the governor of Massachusetts.  He is following the US Supreme Court ruling to help children that have been given unfair sentences.  He is giving them a chance at rehabilitation.  I have a lot of respect for a man that proactively make a stance like this.  Here is the proposal that Governor Patrick made to the senate and house of representatives:

I am filing for your consideration legislation entitled, “An Act to Reform the Juvenile Justice System in the Commonwealth.”  On June 25, 2012, the United States Supreme Court ruled in Miller v. Alabama that mandatory criminal sentences of life in prison without the possibility of parole, imposed on juveniles who were less than eighteen when they committed their crimes, were unconstitutional.  Massachusetts law currently mandates life without parole for juveniles convicted of first degree murder.  Accordingly, our state law must change to comply with the Miller decision.

Like the Miller decision, this bill recognizes research establishing that the immaturity of the adolescent brain affects behavior, judgment and character.  Fair treatment of juveniles requires holding them accountable for their actions and ensuring public safety, while also taking into account their reduced maturity and difficulty controlling impulses.  This bill also recognizes the importance of providing juveniles with age-appropriate resources for rehabilitation.  To this end, I propose extending the juvenile court’s jurisdiction over juveniles from 17 to 18 years of age to provide young offenders with the services and oversight that are unique to the juvenile justice system.

I urge your prompt consideration and enactment of this bill to bring Massachusetts into compliance with the Miller decision.  This legislation ensures the provision of age-appropriate services and makes genuine rehabilitation a more realistic prospect for youth.