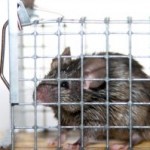 How many years will the mouse get for stealing marijuana from the evidence room?

Cannabis is the same thing as marijuana.  The more popular names are weed and pot.  It may be referred to as hash.  How do you prove a possession of marijuana case?  When a person is arrested for Jacksonville possession of marijuana, he or she is in actual or constructive possession of cannabis.  The police may take the accused to jail for this Jacksonville drug charge.  They also have the option to give the person a notice of appearance citation for misdemeanor possession of less than 20 grams of cannabis.  Whether person is arrested for the marijuana charge or given a criminal citation, the police officer will take the marijuana as evidence.  The marijuana is taken to the property room or evidence room.  In Duval County, the property room is not at the jail.  In St. Johns County, the evidence room is at the jail.  It does not matter where the property is located.  It is kept with the same policies and procedures to ensure its security.

“Wichita police say they have an unusual case on their hands.  Mice chewed into some evidence containing packages of marijuana in the property and evidence department at 410 North Waco.  Police say the mice were looking for a place to stay or perhaps food.”  (Police rat out marijuana culprit).

It will be interesting to see what happens with these cases.  I hope that the media follows up on this.  If you are facing Florida drug charges in Duval, St. Johns, Clay, or Nassau County, contact a Jacksonville lawyer for help.  Call 20 Miles Law at 904-564-2525 to speak with a Jacksonville attorney.