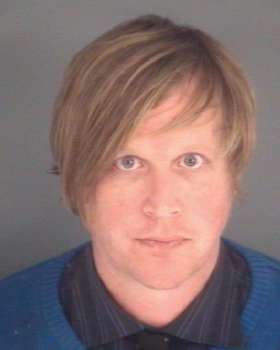 The scenarios that I mentioned about sound reasonable.  It could happen easily to someone.  In my career as a Jacksonville criminal attorney, I have seen it happen to many high school kids and college students.  We had to defend the charges and then expunge the Florida criminal record. Being in the wrong place at the wrong time resulted in having to hire a Jacksonville lawyer and then clear the criminal background.

Yesterday, I read an article that made me think, “Talk about being in the wrong place at the wrong time.”  The Florida Times Union wrote a story about “a Jacksonville school teacher who arrived at a drug suspect’s house in Middleburg with a backpack with marijuana, illegal pills, drug paraphernalia and a handgun was arrested Wednesday, authorities said.”

The Clay County Sheriff’s Office was executing a search warrant at Robert Alan Davis Jr.’s house on Calusa Trail.  James Van Richburg pulled up to the house during this time.  The Florida Times Union reported:

“A detective asked him to turn off his car’s engine, which he did not. He also wouldn’t put his hands on his head or open the door…. A struggle ensued and Richburg was eventually removed from the car and handcuffed, the report said. The detective located a backpack behind the driver’s seat containing a .38-caliber Taurus, 2 grams of marijuana, a marijuana grinder, two marijuana pipes and seven pills ranging from Oxycodone to Lorazepam.”

Richburg is the 38-year-old teacher.  He has been teaching at James Weldon Johnson College Preparatory Middle School for 3 ½ years.  He lives in Duval County Florida but was arrested in Clay County.  He will not be teaching while he is fighting the drug charges in Clay County.  Duval County Public Schools made a statement.  “District employees arrested for felony offenses are relieved of classroom duties pending the outcome of the investigation. If criminal proceedings result in a guilty verdict, a recommendation for termination will be made.”

As for Davis, he “was arrested on charges of possession of a controlled substance without a prescription and possession of less than 20 grams of marijuana and drug paraphernalia.” Davis has a Florida criminal record for Florida grand theft and Florida petty theft crimes.

A woman named Emilia Catherine Hill was also arrested in conjunction with the other two drug arrests.  She is from Fleming Island which is also in Clay County.  “The detectives had noticed Davis’ cell phone was getting several messages while they were interviewing him.”  A woman “texted asking Davis if he needed anything.”  At the request of a detective, Davis responded to her stating that he needed pills.  “Hill arrived soon thereafter and was arrested with several pills and used syringes.” She is facing charges for possession of a controlled substance with intent to sell.

There will certainly be a conflict of interest between these three people.  They will need separate Jacksonville attorneys for their cases.  They should be proactive in their defense of this case and work with their Clay County lawyers immediately.