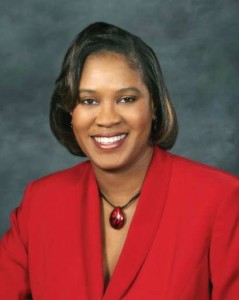 This story is a continuation of my Jacksonville Criminal Defense Lawyer article entitled Jacksonville Criminal Attorneys Perspective of 10-20-Life Statute.  The prior article explained the problem associated with Floridas gun law that imposes minimum mandatory sentences for crimes involving firearms.  This is an unfair law that steals a judge’s decision making power.  There is someone that is using her position in power to make a difference when it comes to this mandatory sentencing law.

Florida legislatures are heading into session on March 5.  “Northeast Florida legislators have filed roughly 20 pieces of legislation…. They address issues ranging from gun and drug laws to making it easier for small distilleries to sell their products.”  Jacksonville’s Representative, Mia Jones, is among other representative proposing to amend laws in Florida.  Mia L. Jones “serves as the representative for District of the Florida House of Representatives. She was first elected to the Florida House in 2008.”  She is a native of Jacksonville FL.  “She received her Bachelor of Science degree in accounting from Florida A&M University in 1991 and her M.B.A. in 1992. She worked for the Duval County school board as Director of Minority Business Affairs. From 1992 to 1995, she worked for the Jacksonville Mayor’s Office of Equal Employment. She served as Supervisor of Affirmative Action for Duval County in 1995. She was elected to two terms on the Jacksonville city council, in 2003 and 2007.”  (Wikipedia.org)

Rep. Jones is working hard to make exceptions to Florida’s 10-20-life law.  “Under that law, a person who is convicted for produced a firearm while committing certain crimes (such as robbery, sexual battery, kidnapping and aggravated assault) automatically receives a 10-year sentence. If the person fires a shot the sentence is 20 years, and if the shot hits someone it’s a minimum of 25years. The maximum penalty is life, unless it becomes a death penalty case. Under a bill filed by Jones, a judge would have leeway if the defendant had not previously committed one of the qualifying crimes, did not injure someone with a gun while committing the crime, or if following the 10-20-life law is ‘not warranted based on the circumstances of the case.’”  (The Florida Times Union article, First Coast legislators want changes to gun, alcohol and smoking laws, among others)

Rep. Jones has the support of many Jacksonville attorneys.  I hope that the community and the State of Florida continue to support Jones.  This law effect more than just Jacksonville criminal lawyers and criminal defendants.  Local families have been affected by list.  Think of Marissa Alexander‘s Jacksonville aggravated assault case.  By supporting Florida’s 10-20-Life law as it stands, you may believe that you are being tough on crime.  You are merely putting on blinders.  You are ignoring the injustice and unfairness that occur in our criminal courtrooms.