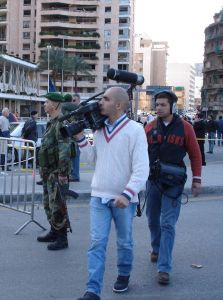 Freedom of Speech and the Right to a Fair Trial

A Jacksonville criminal lawyer uses pieces of evidence to build a defense to a criminal case.  On its face, a case may seem clean cut.  Once you pull back the layers, you can see that there is more to it.  Just because a person is arrested for a criminal charge, it does not mean that he or she committed the crime.  He or she may not be guilty.  Sometimes, the prosecution over charges a person.  It is hard enough for a Jacksonville criminal defense attorney to dig through a case and show that his or her client did not commit a crime.  Negative stories in the media make this even more difficult.  The law says that you are innocent until proven guilty, but we all know that this is not always true.  Florida criminal cases are often tried in the media.

When a Jacksonville lawyer asks questions in jury selection, we ask about whether or not potential jurors know anything about the case.  This can be due to word of mouth or stories in the media.  The more high profile the case, the more likely those jurors have heard things about the Florida criminal case.  It makes it harder to find a juror that does not have an opinion about the case.  Therefore, media plays a role in the court system.

In Dunn’s Jacksonville homicide case, there has recently been a lot of attention drawn to the victim of the case.  Many people have question Dunn’s claim that he acted in self-defense in Florida.  JET Magazine has used the media as a call to action.  A NewsOne article (Melissa Harris-Perry: JET Magazine’s Jordan Davis Cover Is A Call To Action) reported:

“Jet Magazine, recognized and respected for its long history of bringing Civil Rights issues to the forefront, has again proven its allegiance to the advocacy and advancement of the African-American community by making the bold decision to place Jordan Davis on their first magazine cover of 2013…. Melissa Harris-Perry discusses the importance of JET’s decision, a magazine that shocked and awakened the nation into awareness and action by including images of the mangled body of 14-year-old Emmett Till, in their September 15, 1955 issue.”

“When Mark O’Mara agreed to defend George Zimmerman in the Trayvon Martin murder case, one of his first major decisions was to embrace the Internet.  He set up a legal defense Web site for his client, a Twitter page and a Facebook account, all with the purpose of countering what he called the ‘avalanche of misinformation’ about the case and Mr. Zimmerman.”

There was an also interesting article called Free Press v. Fair Trials.  This article discussed how the media does not have a large effect on jury verdicts.  The article stated:

“Researchers William E. Loges and Jon Bruschke claim that media coverage of arrests and trials have little influence over the final verdict, in a new book called “Free Press vs. Fair Trials: Examining Publicity’s Role in Trial Outcomes. ‘The courts have developed remedies for dealing with the potential influence of publicity, including voir dire, admonitions from the judge, continuances, sequestration, change of venue and juror replacement,” Loges said. “The biggest problem for the defendant is that you’re the defendant. The prosecution has more resources than you do, and you have to be able to afford a good defense.’ Ironically, Loges said, any influence news media coverage may have on major trials may not affect juries so much as it might have an impact on judges, prosecutors and even defense attorneys.”