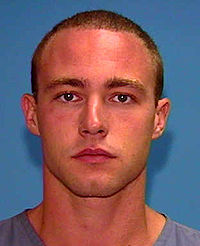 Joshua Phillips was sentenced to life in prison without the possibility of parole after being convicted of first-degree murder in 1999.

A Jacksonville juvenile criminal case is different from an adult’s criminal case.  Children are not the same as adults.  They do not have the same decision making capability.  Yet, when people see that a Jacksonville juvenile has been accused of committing a violent crime, they speak about these kids as if they are inhuman.  This does not help anyone or make things better.

When it comes to a violent crime, there is a victim that suffers.  When we are talking about a Florida homicide case, the victim dies, and his or her family is left to deal with this tragedy.  Lately, we have seen Trayvon Martin’s family and their attorney on the news about the George Zimmerman murder case.  Jordan Davis’ family is suffering with the loss of their son.  Read Southside Jacksonville Florida Shooting Murder Charges for more information about Michael Dunn’s Duval County murder case.  After a tragedy, the victim’s family is not the only family that suffers.  When a child is charged with a violent crime, the child and his or her family suffers.  The difference between the family of the accused and the victim’s family is that the family of the accused does not usually receive sympathy.  Instead, the family is often ridiculed and treated as outcasts.  They may become the victims of crimes due to retaliation from the community.  They could become victims of Jacksonville assault, battery, or vandalism.

When a Jacksonville criminal lawyer takes a juvenile case, she must not only counsel the defendant, but also the parents.  The entire family needs help in this situation.  It is hard to give that help when you do not understand what the family is going through.  ABC will be airing a show tomorrow that will hopefully give some insight into this issue.  Tomorrow, Katie Couric’s will be discussing the matter.  Katiecouric.com has an introduction to her next episode on her website.  The episode is called, Far From The Tree: Parenting a Child That is Different Than You.  The website states:

“Just a few weeks after the horrific massacre in Newtown, CT, heartbroken parents are still asking, ‘What drives kids to murder? Could my child be capable of such a heinous crime?’ On this episode of Katie, Katie talks to Andrew Solomon, author of Far From the Tree, about his relationship with Sue Klebold, the mother of Columbine shooter Dylan Klebold, and other parents whose children have fallen ‘far from the tree.’ From children with disabilities or prodigious gifts to those who have committed monstrous crimes, Katie sits down with four diverse families who are parenting in the face of the most extreme and unexpected challenges.”

This show came to my attention through Joshua Phillips‘ mother.  On the show, Katie Couric will be interviewing her.  This interview will be different from most interviews, because it will not be discussing the legalities of the case.  Instead, it will focus on the familial relationship.  It will air tomorrow at 10:00 a.m.   Joshua Phillips was arrested for the murder of Maddie Cliffton in 1998.  He was tried as an adult and convicted of first-degree murder in 1999.  He was only 14 years old.