Florida gun laws have been all over the news lately.  You cannot turn on the television.  Two recent Florida homicide cases come to mind.  There is the Trayvon Martin and Jordan Davis murder cases (See Jacksonville Dunn and Davis Shooting Compared to Florida Zimmerman Case).  They have called into question Jacksonville self defense laws and the Florida Stand Your Ground Law. 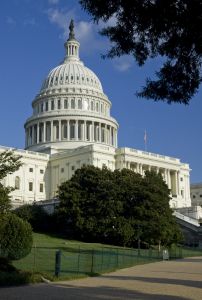 Changes to come for Florida gun laws? We will see.

Our nation gun laws are also in the spot light.  Recent mass shootings have called our laws into question.  The was the Aurora Colorado movie theater shooting (Batman Movie Theater Shooting Because of Mental Health?).  After that, the Portland Oregon mall shooting.  Most recently, Conetticut had the Sandy Hook Elementary School shooting. Many people are asking for reform to gun laws.  Today, “President Obama plans to unveil a comprehensive proposal to address gun violence…. but is already facing criticism, over his potential use of executive action to push multiple gun control measures and over the staging of the announcement itself” (Fox News).  Fox News stated, “Sources say he’s weighing as many as 19 possible actions he could take through executive order. Those options could include more aggressively enforcing existing gun laws, beefing up national research on guns and ordering stricter action against people who lie on gun sale background checks. They could include ordering tougher penalties for gun-trafficking offenses and ordering federal agencies to make data on gun crimes more readily available.”

What is Jacksonville Florida’s position on gun laws?  The Florida Times Union published an article about whether the Mayor, Alvin Brown, would “consider getting involved with Mayors Against Illegal Guns, a group formed by New York Mayor Michael Bloomberg to support legislation that targets illegal-gun possession.”  When Brown was running for Mayor of Jacksonville, he “said he saw no need to belong, saying his approach would be to stop young people from being in a position to buy illegal guns.”

Mayor Brown stated that he would focus “on making sure we prevent young people from becoming ex-felons in the first place.”  He has not changed his mind and has reaffirmed his position.  This week, he stated, “The key is really focusing on the causes of crime…. That’s why I focus on prevention and intervention, really making sure we get to young people, making sure we have better neighborhoods.”

When preventing crime, Brown focuses on education and children.  This will stop children and teenagers from becoming criminals.  They will instead become productive citizens.  Brown “sees crime prevention as part of the motivation for initiatives he’s rolled out from Learn2Earn and Mayor’s Mentors to expanding activities in city parks to working on early learning programs.”  In intends to expand community programs, such as these.  He wants to help people become educated and get jobs.

As for the Mayors Against Illegal Guns group, Mayor Brown stated, “No one on the streets of Jacksonville is asking me about Mayors Against Illegal Guns.”  The residents of Jacksonville ask him instead, “Mayor, can you help me get a job, mayor, can you help me get to housing. It’s the bread-and-butter issues that people ask about.”  He wants to focus on helping people on the local level and improve their lives at home.  Additionally, “gun rights advocates have criticized the organization, however, saying its opposition to illegal guns camouflages its opposition to firearms in general.  Read more at Jacksonville.com.