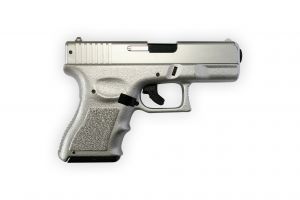 With so many gun laws being discussed in the media, it is easy to over look a very important one. What about Florida’s 10-20-Life law?

Florida’s 10-20-Life law was intended to prevent gun crimes.  Instead, this Florida gun law takes the power away from judges and juries.  The people that are in the best position to evaluate cases based on the facts and circumstances are not able to do so. Instead, lawmakers that know nothing about the cases choose for them.  This is unfair.  Unless the defendant qualifies under Florida’s youthful offender statute, he or she will serve every day of the mandatory prison sentence imposed.  The youthful offender statute applies to Jacksonville juvenile crimes and young adults that fall into the categories set forth in the statute.

As a Jacksonville lawyer, I have had the pleasure of appearing before Circuit Court Judge James Daniel.  While I was not present at Marissa Alexander’s sentencing hearing, I can hear these logical words coming from the bench:

“The decision on an appropriate sentence where the state has provided competent and substantial evidence to support a jury’s verdict of aggravated assault, which they have in this case with the discharge of a firearm, has been entirely taken out of my hands.”  Judge Daniel was forced to sentence Alexander “to the mandatory term of 20 years in prison for firing what she has called a warning shot to fend off her husband who she said abused her.”  (Florida Times Union)

Alexander’s Jacksonville criminal case was unwinding as the Trayvon Martin and George Zimmerman murder case threw Florida’s Stand Your Ground Law into the spot light.  Read Florida Self-Defense Case with a Firearm Results in Protest Over Florida Shooting for more information.  Alexander argued that she was acting in self-defense in Jacksonville.  While you would think that her case would have drawn more attention with the Florida stand your ground debate, it centered on another Florida law.  Florida has a gun law called the 10-20-Life statute.  This imposes minimum mandatory sentences for crimes involving firearms.  “Jacksonville legal experts say [the 10-20-Life Statute empowers] prosecutors while handcuffing judges, juries and defense attorneys.”

When a Jacksonville criminal lawyer is advising his or her client, she must explain the minimum mandatory sentence.  In fact, I was just speaking with someone today about this Florida firearm law.  Part of my job as a Jacksonville criminal defense attorney is to explain the pros and cons of taking a case to trial.  A trial is always a gamble.  I may want to take a case to trial, because I believe that I have a good case.  I believe in my client.  I believe that my client deserves justice.  While you need to tell you clients about your positive beliefs in their cases, you also must give them the bad news.  What if we loose?  A Jacksonville criminal lawyer must explain that a trial is a gamble.  Sometimes the odds are better than other times.  When there is a minimum mandatory prison sentence, the stakes are even higher.  A minimum mandatory sentence bullies defendants into plea-bargaining.  With a plea-bargain, the Duval County State Attorney’s Office and the defendant enter into a “deal” to dispose of the case.  When a person is facing a 10-20-Life sentence, they have less plea-bargaining power.  “If defendants do not take the deal, they are left to gamble with a jury and maybe face long incarcerations, even if they have led a mostly law-abiding life.”

It does not make sense that the Florida legislature would pass a firearm law that would be so harsh.  Why would they pass a law that would send people that have followed the law their entire lives to prison for one action?  Why would they send someone to prison for a crime when another person was not physically injured in any way?  “Florida Coastal School of Law Professor Rod Sullivan said the statutes were intended to apply to a rash of repeat violent offenders that the state faced when the laws were constructed. His biggest criticisms are that they don’t take into account those who have no previous criminal records or those who possessed a gun but did not actually use it to commit the crime.”

Who is making a difference?  Read Jacksonville Senator Proposes New FL Gun Laws for 10-20-Life for the rest of this Florida 10-20-Life statute article.