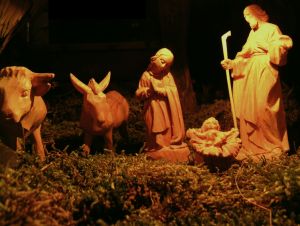 When you think about theft crimes during the holidays, most people think about shoplifting. You may have heard of Jacksonville burglary crimes that occur around Christmas.  People will break into homes and steal the presents that are under the tree.  The shopping malls are packed. Shoplifting seems to occur more often during the holiday months. Yesterday, I read an article on News4jax.com.  It was a strange Christmas theft case.  The article was titled “Baby Jesus, donkey stolen from Frostproof nativity scene.” As a Jacksonville criminal lawyer, I thought that I had heard everything.  I have heard of people stealing Christmas decorations from people’s yards.  I have never heard of a case where someone stole something from a nativity scene. It was also strange that the Florida theft occurred at City Hall. The article stated:

“Baby Jesus and a wooden donkey were stolen from the nativity scene of a central Florida city, prompting officials to offer a cash reward for their return. Polk County sheriff’s deputies said the plastic doll and “realistic” painted plywood donkey were taken from Frostproof City Hall. Deputies are offering a cash reward for information leading to the return of the doll and 4-foot-by-6-foot donkey, which were both stolen over the weekend from the nativity scene on B Street West and Scenic Highway. The items were last seen around 6 p.m. Saturday. Deputies said the stolen items can be returned to Frostproof City Hall at 111 First St. in Frostproof.”

A theft charge may result in your Florida drivers license being suspended. This could lead to Jacksonville driving on a suspended license charge. Read Jacksonville Drivers License Suspended for Theft for more information.