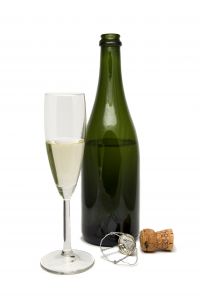 During the holiday months, police make a lot of Jacksonville driving under the influence arrests.  The Florida DUI arrests occur all over the state, including Clay, Duval, Nassau, and St. Johns County.  On Dec. 11, the FHSMV submitted an article stating that the Florida Highway Patrol will be participating in the Drive Sober or Get Pulled Over campaign.

Below is the entire Florida DMV article about DUI arrests during Christmas.  You may also click on Florida Department of Highway Safety and Motor Vehicles.

“Florida Attorney General Pam Bondi and Julie L. Jones, executive director of the Florida Department of Highway Safety and Motor Vehicles, are teaming up to promote sober driving during the holiday season and throughout the year. Bondi sponsored a resolution at today’s Cabinet meeting that recognizes December as Drunk and Drugged Driving (3D) Prevention Month to promote safe driving as many will be traveling to celebrate the holidays with loved ones. The Attorney General, Gov. Rick Scott, Chief Financial Officer Jeff Atwater and Agriculture Commissioner Adam Putnam signed the resolution.”

“‘December is National Drunk and Drugged Driving Prevention Month, and I encourage Floridians to act responsibly this holiday season,’ said Bondi. ‘Those who drive under the influence endanger everyone on the road and will go to jail.’ The National Highway Traffic Safety Administration finds fatalities in crashes that involve one or more impaired drivers appear to increase significantly during the Christmas and New Year’s Day holiday period and for thousands of families across Florida, the holiday season brings a somber reminder of the loved ones they lost to an impaired driver. ‘Last year more than 1,100 people lost their lives in crashes where alcohol or drugs were involved or suspected, and thousands more were injured,’ said Jones. ‘Any number more than zero is unacceptable for deaths that can be prevented, which is why we have partnered with Attorney General Bondi and other safety partners to promote driving safe and sober now and throughout the year.’”

“The Florida Highway Patrol, a division within DHSMV, joins law enforcement organizations across the nation this month to remove impaired drivers from the roadways. The Patrol, with local law enforcement agencies, will conduct sobriety checkpoints and aggressively enforce Florida’s DUI laws. FHP will participate in the Drive Sober or Get Pulled Over impaired driving crack down between Dec. 12, 2012 – Jan.1, 2013. ‘We want everyone to enjoy the holidays, but also we want driving on our roadways to be safe,’ said Col. David Brierton, FHP director. ‘The Patrol will be out in full force to help save lives, and we are not going to tolerate impaired driving. So remember: Drive Sober or Get Pulled Over.’”