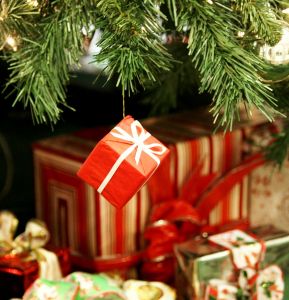 We are all familiar with Dr. Seuss and his children’s books.  During the holiday season, “How the Grinch Stole Christmas” is a popular movie and book.  We think of the Grinch dressing up as Santa Clause and stealing presents and Christmas decorations.  As the story goes:

“Pop guns! And bicycles! Roller skates! Drums! Checkerboards! Tricycles! Popcorn! And plums!
And he stuffed them in bags. Then the Grinch, very nimbly,
Stuffed all the bags, one by one, up the chimbley!” (Goodreads.com)

When we think of someone stealing Christmas presents from children, we think of the Grinch that stole Christmas.  This may be a fictional story, but it really does happen.  Jacksonville theft crimes occur during the holiday season.  Jacksonville petty thefts occur at malls.  People may not have money for gifts, and they shoplift them instead.  The same people may be arrested for Jacksonville grand thefts if they are accused of stealing $300 or more worth of merchandise.  This is not the type of Grinch-style stealing that I am talking about.

As a Jacksonville criminal lawyer, I have help many people charged with shoplifting from Target, Khols, Bealls, and the malls.  Many of them just made bad choices or were in bad situations.  A lot of them were first-time offenders or charged as Jacksonville juvenile delinquents.  I have also sealed and expunged Florida criminal records that revealed petty theft and grand theft arrests.

The Christmas Grinch cases that I am talking about are when houses are burglarized and the Christmas presents are stolen.  As a Jacksonville criminal defense attorney, I understand that people will get desperate and break into houses.  Some people that commit burglaries or thefts have drug habits that they need help with.  I have represented Jacksonville juveniles that were in the wrong place at the wrong time and arrested for Florida burglary charges.

I like helping people turn their lives around and helping people falsely accused or over-charged.  I understand that there are two sides to every story, but there is a story that I read today that blows my mind.  First Coast News of Northeast Florida reported on a Jacksonville burglary.  A Jacksonville family stated that someone broke into their house and stole their Christmas presents. It also appears that the person that burglarized their house also killed the family dog.  “According to the JSO website…there were 3 home breaks ins in the Jammes Rd area this past month.” A neighbor on Jammes Rd “said someone tried to break in Monday morning.” (A Modern Day Grinch Stole all of a family’s Christmas presents and killed the family dog)

When the burglary detectives at the Jacksonville Sheriff’s Office are trying to solve a burglary or theft case, they will check pawnshop records.  This often leads to a person being charged not only with burglary, but also Jacksonville dealing in stolen property and false verification of ownership to a pawnbroker.  In this case, there may also be animal cruelty charges under Florida’s animal cruelty law.

If you have been arrested for burglary, petit theft, or grand theft, talk to a Jacksonville criminal lawyer about your case.  You may also need to expunge or seal your Florida record.  Call a lawyer in Jacksonville at (904) 564-2525 for help.