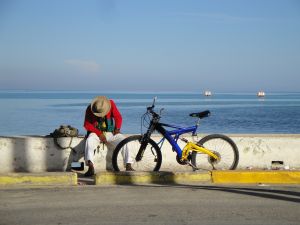 Florida leaving the scene of an accident involving a bicycle could result in death. This is a 1st degree felony.

Early Sunday morning, police in St. Augustine began investigating a Florida hit and run accident.  I wrote an article on this Jacksonville criminal attorney blog page about this car accident.  I just learned that there was more to this St. Johns County leaving the scene of an accident case.

After leaving the bar, “Schroom was on A1A with his bike when he was hit. It happened a few blocks east of the Bridge of Lions.” According to Officer Chris Miller reported, “It appears there were two strikes.”  Officer “Miller said Schroom was hit once and the car took off. Then witnesses noticed something by the road and pulled over.” When “the witnesses were getting out of their car, they saw a second strike, and that vehicle continued.”

Schroom died at the scene of the accident in St. Johns County.  The police do not have a description of the vehicles involved in the accident.  Police are looking for surveillance cameras at local, downtown St. Augustine businesses to see if they have anything that will help find the cars and drivers.  The bike was found away from Schroom body.  The bike was on the side of the road and not damaged.  The bike does not have any paint from the vehicle that hit Schroom.  Police do not know if he “was walking his bike or if the first strike knocked Schroom away from his bike.”

If a driver is being questioned about this accident or any other leaving the scene, the best thing to do is talk to a St. Johns County lawyer first.  Call (904) 564-2525 for help from a Florida criminal attorney.  This is a first-degree felony and may result in a Florida prison sentence.  Read St. Johns County Leaving the Scene of Accident Hit and Run Death for more information about this St. Augustine hit an run accident.