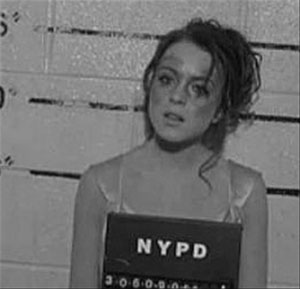 “The “Liz & Dick” star allegedly punched a woman in the face at the Manhattan nightclub Avenue at 4 a.m. on Thursday morning, a spokesperson for the NYPD confirms to omg!. The 26-year-old actress was arrested and charged with assault. She was later released after being issued a desk appearance ticket for a future unspecified date. She exited the police precinct at about 8 a.m. wearing the green dress she wore out the night before (with the front unzipped to nearly her waist) and a jacket over her head.”

What if Lindsay Lohan was defending herself from an attack?  That may have been why she hit the woman.  If this altercation occurred in Duval County, Florida’s Self Defense Law may have protected Lohan.  Jacksonville self defense is covered by Florida Statute 776.012.  This self defense law states:

(1) He or she reasonably believes that such force is necessary to prevent imminent death or great bodily harm to himself or herself or another or to prevent the imminent commission of a forcible felony; or
(2) Under those circumstances permitted pursuant to s. 776.013.”

“It shall be unlawful and a class D offense for a person, while in a public place, to engage in a fight or mutual combat with another person or persons; provided, that this Section shall not apply to duly authorized or licensed boxing or wrestling contests.”

If New York has a law like this, Lindsay Lohan may be charged with fighting or affray.  This will depend on the facts of her case.