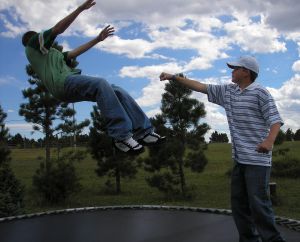 (1) An “assault” is an intentional, unlawful threat by word or act to do violence to the person of another, coupled with an apparent ability to do so, and doing some act which creates a well-founded fear in such other person that such violence is imminent.
(2) Whoever commits an assault shall be guilty of a misdemeanor of the second degree, punishable as provided in s. 775.082 or s. 775.083.

Jacksonville battery charges are different from assault.  A battery involves some kind or touching or contact.  The battery law is in Florida Statute Section 784.03.  This Florida law states:

(2) A person who has one prior conviction for battery, aggravated battery, or felony battery and who commits any second or subsequent battery commits a felony of the third degree, punishable as provided in s. 775.082, s. 775.083, or s. 775.084. For purposes of this subsection, “conviction” means a determination of guilt that is the result of a plea or a trial, regardless of whether adjudication is withheld or a plea of nolo contendere is entered.

Florida battery charges are usually misdemeanor charges unless it falls under Section 784.03(2) above.  Battery can also be a felony criminal offense if it is aggravated.  Jacksonville aggravated battery is listed in Florida Statute Section 784.045, which states:

If you have been arrested for assault or battery in Duval, Clay, Nassau, or St. Johns County, call a Jacksonville criminal lawyer from 20 Miles Law at (904) 564-2525.  A Jacksonville criminal attorney will talk to you about the law, your criminal charges, and possible defenses.  You may have used self-defense in Jacksonville.  Your case may fall under Florida’s stand your ground law.