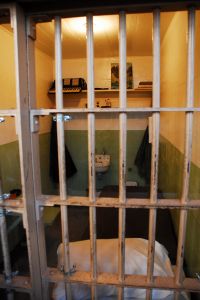 How do you rehabilitate a child in prison? The Christian Fernandez case raises debates about juvenile prison sentences.

For many Jacksonville Criminal Attorneys, the Christian Fernandez case is very important.  In 2011, “Fernandez was charged with first-degree murder. Another felony charge was filed after his five-year-old half-brother told a psychiatrist that Fernandez had sexually assaulted him.”  This Jacksonville juvenile “could face a life sentence – a possibility that has stirred strong emotions among those for and against such strict punishment.”  All over the country, “the case has ignited a fierce debate over whether the punishment is too strict for a child – particularly for one who was left to languish in a poisonous upbringing littered with abuse.”  The Duval County State Attorney’s Office is headed by Angela Corey.  Those that support her decision to try Fernandez as an adult instead of a juvenile “say she’s doing the right thing by trying Fernandez as an adult: holding a criminal accountable to the full extent of the law.”  Those that oppose her decision “say Fernandez should be tried in juvenile court and needs help, not life in prison.”  (dailymail.co.uk)  It should be noted that the law has changed in reference to the ability to sentence juveniles to life without the possibility of parole.  Read Jacksonville Florida Juvenile Delinquents Affected by Supreme Court Case for more information.

Most Jacksonville Criminal Lawyers that oppose Corey’s decision to prosecute Fernandez as an adult and seek life in prison do not believe that his charges should be dropped.  Those Jacksonville lawyers believe Fernandez should face this case as a Florida juvenile delinquent.  As a juvenile, the focus will be more on rehabilitation of this child instead of solely punishing the child.  He should not be treated the same as an adult that committed the same crime.

The Duval County State Attorney’s Office did drop a charge against Fernandez, but it was not the Jacksonville murder case.   The Florida Times Union reported:

“The State Attorney’s Office Thursday dropped the sexual battery case against Jacksonville teen Cristian Fernandez, citing a lack of physical evidence or witnesses that he sexually abused a 5-year-old half brother.  Prosecutors were also concerned that the unidentified victim said nothing about the abuse in an initial interview but made the allegation during a subsequent session. That offered an arguable denial of the allegation, prosecutor Mark Caliel said in a disposition statement.”

“Those three factors “present significant challenges at trial,” Caliel wrote.  A significant blow also cited by Caliel was Circuit Judge Mallory Cooper’s decision in August to toss out a police interrogation in which Fernandez repeatedly denied and then admitted to the molestation. He said the “potential emotional trauma the [now 7-year-old] victim could suffer if required to testify at trial” was also considered.”

“The murder case involving Fernandez’s 2-year-old half brother, David Galarraga, remains set for trial next year. Prosecutors declined to comment on dropping the sexual battery case because of the pending murder trial. Caliel would have consulted with State Attorney Angela Corey before dropping the sexual battery case.”  Read more at Jacksonville.com.