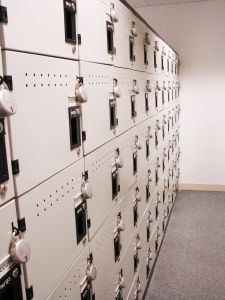 Police lock up evidence, but what happens when it disappears?

If you are arrested for a crime in Florida, the police will take any evidence that they find.  This evidence is stored in the property room.  For example, if you have been arrested for Jacksonville possession of cocaine, the police will collect the cocaine and store this in the property room.  If you were arrested for Jacksonville possession of cannabis, the police officer will take the marijuana as evidence.   The Duval County State Attorney will use this evidence to prove his or her case at a jury trial.  Sometimes, a prosecutor does not need the evidence that police collect to prove a case.  This does not mean that the police can destroy or lose the evidence.

In a recent Jacksonville aggravated assault case, evidence that was in police custody came up missing.  Robert Allen Lewis has been charged with aggravated assault in Jacksonville.  His Jacksonville criminal attorney and assistant public defender learned “that a pipe and tent were incinerated from the Sheriff’s Office evidence locker.  The Assistant State Attorney assigned to the case “acknowledged the evidence was gone and told the judge it’s not clear why.”  Lewis’ Duval County lawyer “asked Circuit Judge James Daniel to dismiss charges against Lewis after finding out” about the evidence.

Judge Daniel stated that he would set a hearing on the motion to dismiss for next week.  He acknowledged that it was not the prosecutor’s fault that the evidence was missing.  However, he told the state attorney that he needs to find out what happened.  “The State Attorney’s Office and Jacksonville Sheriff’s Office said the evidence should not have been destroyed.”

“According to police reports, Lewis was arrested in February, accused of pointing a gun at another man and firing without having any intent of hitting or killing the other man in June 2011. If convicted he would face a minimum of three years in jail. But defense attorneys argue that Lewis was actually the one assaulted. They say he was beaten unconscious by two men with a pipe in the tent he was living in on General Avenue. After beating him, the shooting was staged to make it look like Lewis was at fault and his assailant fought back in self-defense. ‘The evidence in this case indicates strongly that the crime scene was staged by the alleged victims,’ said Michael Knox, a forensic consultant working for the defense.”

“The beating resulted in a large amount of blood spatter in the tent, which is not consistent with what the prosecution has said, according to Knox in an affadavit. ‘We know the calendar is packed,’ Schott said. ‘But Mr. Lewis is an innocent man who has unfairly been in jail for months.’ Officials with the State Attorney’s Office declined to discuss the case. Linda Lewis, Robert’s mother, said her son is wrongly accused. ‘I’ve never doubted that he didn’t do this,’ she said. ‘But it’s been very difficult seeing him in court handcuffed in that jumpsuit.’”

As a Jacksonville lawyer and former Duval County Assistant Public Defender, I find this very interesting.  This will be a great case to follow.