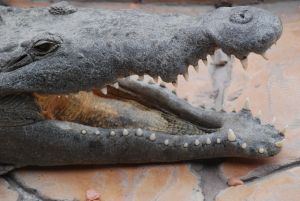 The Florida Georgia weekend is almost here.  In Jacksonville, “fans are already lining up for the big game…. Bright and early Sunday morning, more than 40 RVs were already lined up off Talleyrand Avenue, waiting to get into RV City when it opens 8 a.m. Wednesday.”  They are waiting for the big Georgia-Florida game on Saturday between the GA Bulldogs and FL Gators.  (First Coast News Jax)

The FL GA tailgate is known as the biggest outdoor cocktail party, and it goes on for days.  Many streets in downtown Jacksonville will be closed.  Look at the City of Jacksonville’s website for more information on new traffic patterns.

Last Year, 220 people were arrested for Jacksonville underage drinking and Florida possession of alcohol charges (First Coast News).  Most people believe that they will just pay the Jacksonville ticket, and it will be over, but this is not the case.  If you receive a ticket for possession of alcohol by a minor, you must appear in court.  It is not just a Jacksonville traffic ticket.  It is a criminal charge.  This criminal charge will be on your record and may result in a criminal misdemeanor conviction.  This is why it is so important to talk to a Jacksonville criminal lawyer about your case.  Your Duval County attorney will be able to help you dispose of your case in the best possible manner.  Call a Jacksonville lawyer at (904) 564-2525. 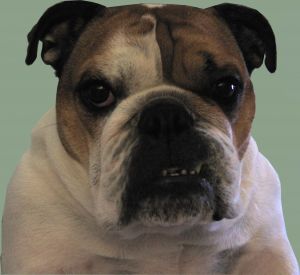 At the FL GA game, people are arrested for other alcohol-related crimes, such as Jacksonville disorderly conduct or disorderly intoxication.  A Jacksonville DUI charge is even more serious.  If you are caught drinking and driving, you will be ask to submit to DUI tests.  This will include field sobriety exercises, breath tests, urine tests, or blood-alcohol tests.  If police have probable cause to believe that you are driving under the influence in Jacksonville, you will not be given a traffic citation.  You will be arrested and sent to the Duval County Jail.  Police will be out in full force.  The Times Herald reported:

“‘The Georgia-Florida game is a college football tradition and one of the highlights of the football season. We certainly want everyone to have a good time, but we also want everyone to be safe,’ said Col. Mark McDonough, commissioner of the Georgia Department of Public Safety. ‘Troopers will be patrolling throughout the weekend, watching for impaired drivers in an effort to prevent tragic crashes on the roads of the two states. Remember to use a designated driver if alcohol will be part of your celebration and if you’re hosting a party, remember to include non-alcoholic beverages for designated drivers.’”

If you have had a Jacksonville alcohol arrest, talk to a lawyer in Jacksonville about your case.  Many college students from the University of Florida and the University of Georgia will be out drinking.  Eventually, these students will graduate and will be looking for jobs.  A criminal charge on your record may affect your chances of getting a job.  Talk to a Jacksonville criminal defense attorney by calling (904) 564-2525.  You may also want to seal or expunge your Florida criminal record after being arrested or being issued a notice to appear.