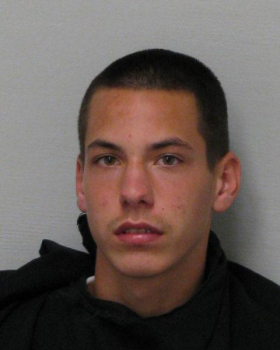 A shooting occurred in Jacksonville Beach on Monday night. According to Sergeant Tom Bingham, Public Information Officer for the Jacksonville Beach Police Department, “the shooting happened at the intersection of 3rd Avenue South and 7th Street South at 11 p.m.”  (First Coast News)

After the shooting, police officers found Iesha Mann lying in the street after she had been shot.  Mann is 25 years old and from Jacksonville Beach, Florida. Emergency medical technicians took her to Shands hospital to be treated.  She is listed in critical condition.  Jacksonville Beach “police received information a 17-year-old arrived at Beaches Baptist Hospital emergency room to be treated for a gunshot wound.”  His injuries were not life threatening.  (First Coast News)

This teenager was only 17 years old. Daniel Jarrett “has been charged with attempted murder as police search for two others on similar charges.”  Jacksonville Beach Police found him “at Baptist Medical Center-Beaches with gunshot wounds.” The Florida Times Union has reported:

“Jarrett was wounded when he and Denard “Scooter” William Robinson, 19, were in a dispute with Vernon “Yodi” Antonio Robinson, 34. The Robinsons, both of Jacksonville, are not related, said Sgt. Thomas Bingham.  Jarrett and Denard Robinson are documented gang members in Jacksonville Beach, Bingham said. Police said attempted murder warrants have been issued for both Robinsons. Vernon Robinson, who is not believed to be gang-affiliated, is also charged with possession of a firearm by a felon. Both Robinsons are believed to be in Jacksonville, police said.”

Although Jarrett is 17 years old, I have no doubt that he will be charged as an adult.  In my experience as a Jacksonville Juvenile Defense Lawyer and a Duval County Attorney, I have never seen a case like this go through juvenile court.  Jarrett is looking at a minimum mandatory sentence under the Florida 10-20-Life Laws.  Because he is accused of shooting someone and causing great bodily harm, he will be looking at a minimum mandatory sentence of 25 years in the Florida State Prison.  According to Florida Statute Section 775.087 (2)(a)(3):

“Any person who is convicted of a felony or an attempt to commit a felony listed in sub-subparagraphs (a)1.a.-q., regardless of whether the use of a weapon is an element of the felony, and during the course of the commission of the felony such person discharged a “firearm” or “destructive device” as defined in s. 790.001 and, as the result of the discharge, death or great bodily harm was inflicted upon any person, the convicted person shall be sentenced to a minimum term of imprisonment of not less than 25 years and not more than a term of imprisonment of life in prison.”

Vernon Robinson is going to be charged with Jacksonville possession of a firearm by a convicted felon.  He will also be looking at a minimum mandatory sentence under FL Statute 775.087(2)(1).  This Florida gun law states that if a person is charge with a certain listed crime and is in actual possession of a firearm during the commission of a crime, he or she:

Before speaking to police, the Robinsons and Jarrett need to talk to their Jacksonville Lawyers about their case.  The best thing that they can do is not speak to the police until they talk to a Jacksonville criminal lawyer first.  They have the right to remain silent and the right to speak to an attorney before and during questioning.  It is important that they exercise their rights.