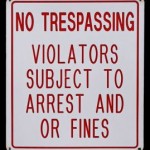 The Florida Times Union posts property crimes for the week on its website, Jacksonville.com.  These crimes range from Florida grand theft to Jacksonville petty theft.  They also include Jacksonville burglary and robbery cases.  If you have been arrested or are under investigation for a crime, contact a Clay County lawyer for help.  You may speak with a Florida criminal attorney by calling (904) 564-2525.

Clay County Florida Thefts for the week of October 22, 2012:

“Metal piping was stolen from the property of 1st Choice Propane on County Road 218, Middleburg.”

“A report was taken at a residence on Glenlyon Drive, Orange Park, regarding the Oct. 15 theft of an unattended cell phone that was left on the seat of a school bus.”

“An unattended wallet was stolen from a shopping cart in the parking lot of Walmart on Blanding Boulevard, Orange Park.”

“A registration decal was stolen from a license plate on a motorcycle in the parking lot of Walmart on Branan Field Road, Middleburg.”

“A report was taken at a residence on Aquarius Concourse, Orange Park, regarding the Oct. 18 theft of a license plate from a vehicle.”

“A registration decal was stolen from a vehicle in the driveway of a residence on Stafford Drive, Orange Park.”

“An unsecured vehicle with the key in the ignition was stolen from the driveway of a residence on Bedrock Drive, OakLeaf.”  This may result in a Florida Grand Theft Auto charge.

“Clothes were stolen from a dryer in the laundry room of an apartment complex on Wells Road, Orange Park.”  Unless the clothing was valued at $300 or more, this will be a Florida petit theft charge.

“An unattended bicycle was stolen from the bushes at the entrance of Russell Oaks subdivision, Green Cove Springs.  A bike lock was cut and a green Mongoose mountain bicycle stolen from the bike rack at a bus stop near Sears on Wells Road, Orange Park.”  If the bikes are valued at $300 or more, this will be a Florida grand theft charge.

“A charity bucket filled with assorted change was stolen from the counter at Walgreens on Blanding Boulevard, Orange Park.”  If this person is caught, it will be much more difficult for his or her Jacksonville criminal lawyer to work the case out with the Clay County State Attorney’s Office due to the aggravating factor of stealing from a charity.

A man was robbed “in the parking lot of Digital Extreme on Blanding Boulevard, Orange Park. As he exited his vehicle, a man with a gun demanded his money “The victim complied; suspect got into a vehicle and drove down Lester Road.”  The suspect is now facing a minimum mandatory sentence of 10 years in the Florida State Prison for using a firearm for armed robbery.

“Two flat screen televisions, a coin bank, an iPod Touch, a Sony PlayStation 3, a Wii Station, a HP laptop computer, two PS3 games and a Nintendo 3DS were stolen from a residence on Oatland Court, OakLeaf. No evidence of forced entry was found.”

“A residence on Dover Bluff Drive, Orange Park, was entered and ransacked. Four television sets and two laptop computers were stolen. Entry was made by prying the front door open.”

“Two unsecured bicycles were stolen from a covered back porch at a residence on Plantation Oaks Boulevard, OakLeaf.”

“Two packs of cigarettes and a 30-caliber carbine rifle were stolen from a residence on Lori Loop Road, Keystone Heights. There were no signs of forced entry.”

“A power drill was stolen from an unlocked shed and a flat screen television set, a Wii, an Xbox and games were stolen from a residence on Horsetail Avenue, Middleburg. Entry to the residence was made by prying the rear door open.”

Jacksonville Burglary to a dwelling is a serious charge that carries a prison sentence under the Florida sentencing guidelines.