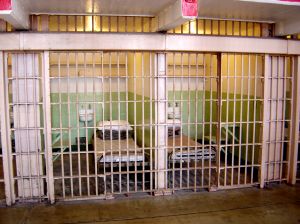 Locking our children up in prisons and throwing away the keys is not the answer.

In July, the United State Supreme Court made a decision that was a step forward in remedying the injustice that has affected one to many children in Florida. Jacksonville juvenile delinquents have been sentence to life in prison without parole.  In Miller v. Alabama, the U.S. Supreme Court held that this was cruel and unusual punishment in violation of the 8th Amendment.  Florida Courts have violated the Constitution and it must be remedied. (Read Jacksonville Florida Juvenile Delinquents Affected by Supreme Court Case). I am a Florida juvenile lawyer and Jacksonville criminal lawyer for adults charged with crimes.  When a Jacksonville lawyer takes a juvenile criminal case, it is important to know that the way you handle the case could deeply impact the child.  Children are not adults, and they do not make decisions the same way.  The U.S. Supreme Court agreed.  Duval County attorneys are fighting the Cristian Fernandez case with this ruling.  Fernandez has been charged with first-degree murder of his two-year-old brother.  Fernandez was only 12-years-old at the time of the crime.

Today, Fernandez’s criminal defense attorney and the Duval County prosecutor will argue the defendant’s motion to dismiss the Fernandez murder case.  The prosecutor will argue that since the Fernandez can no longer face a mandatory life sentence, the court should look to an earlier available punishment if he is convicted of first-degree murder.    The Florida Times Union reported that “the defense team for the 13-year-old Jacksonville boy, however, contends that the earlier punishment of a minimum 25 years to life is not part of the existing statute governing prison time for juveniles in first-degree murder cases and shouldn’t be used.”

There are many other cases that will be influenced by this U.S. Supreme Court ruling.  In 1988, Josh Phillips was convicted of first-degree murder when he was just a teenager.  He was sentenced to life in Florida State Prison without the possibility of parole.  Phillips’ attorneys “could seek a resentencing hearing, [but] have yet to do so.”

The Florida legislature set the death penalty and life sentences for Jacksonville juvenile first-degree murder cases.   These sentences have been ruled to be unconstitutional.  The Florida Times Union wrote:

“Fernandez’s attorneys are arguing that since there are longer specific statutory punishments, such cases must be dismissed under the due process clause of the Constitution. They argue that defendants are now unable to determine how to proceed, including the pursuit of a plea bargain, since they are unaware what ultimate punishment they could face.  The prosecution’s response said under the defense’s rationale, no offender younger than 18 could be charged with first-degree murder.”

The Duval County State Attorney’s Office takes the position that Jacksonville juvenile criminal defendants cannot receive life sentences or the death penalty. They believe that this does “not give reason to dismiss the indictment for first-degree murder”