As a Jacksonville DUI Lawyer, I have defended many people that have been arrested for drinking and driving.  Florida DUI laws are the same for all counties in Florida, including Duval and Clay County.  I have heard many different types of accusations and plenty of defenses to this drunk driving charge.  In some DUI or DWI cases, drivers are pulled over for driving erratically, but it will turn out that the person had an excuse for driving erratically.  Sometimes, people appear to be under the influence, but they are actually just tired.  Being a Jacksonville criminal attorney, I feel like I have heard it all, but I have never heard anything like this story about a Clay County driving under the influence arrest.  A Clay County Lawyer will certainly have an interesting investigation with this Green Cove Springs DUI case. 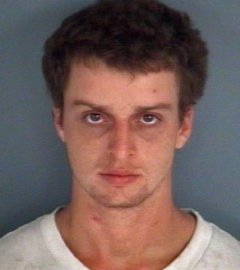 Green Cove Springs is located in Clay County, Florida.  Last Saturday, Clay County police officers received a call about “a pickup truck driving erratically on U.S. Highway 17 on Fleming Island just before 9 p.m.” (News4jax.com).  Police officers followed up on the call.  When they “caught up with Michael’s pickup on Pine Avenue off Mulberry Drive, the pickup was weaving, drifting off the road into the grass, nearly hitting a parked car, and over the center line.”  They stopped the truck.  Warren Michael III was the driver of the truck.  He claimed that a squirrel was in his shirt biting him.  His arrest and booking reported stated, “Warren Michael III produced the squirrel to show the deputy.”

According to the arrest report, “Michael also had a strong odor of alcohol on his breath, bloodshot and glassy eyes, flushed face and slurred speech.”  The police officer alleged that Michael “could not find his driver’s license or registration, and while looking, dropped most of the items he was holding.”  Michael did get out of his truck during the Clay County DUI investigation.  In Florida driving under the influence cases, the police officer will ask the driver to exit the vehicle, so he can observe him.  This deputy did that, but first he had Michael secure the squirrel.  After that, Michael performed field sobriety tests (field sobriety exercises).  “The report said Michael swayed while performing a field sobriety test and had a hard time maintaining his balance or standing on one foot.”

The police officer had a second witness, besides the squirrel, to this Clay County DUI case.  Michael’s girlfriend came to the scene in Green Cove Springs.  She informed the police officer that she told Michael that he should not be driving.  Her statement will certainly be used against him.

Michael was taken to the Clay County Jail.  This is where the breath test was given.  Police claim that he had a “blood-alcohol levels of .145 and .156.”  He has been charged with misdemeanor Florida driving under the influence, under Florida Statute 316.193, and driving without a seat belt.

If you have been arrested driving under the influence in Jacksonville or Northeast Florida, call a Jacksonville criminal defense attorney for help with your case at (904) 564-2525.  At 20 Miles Law, a lawyer in Jacksonville with experience with DUI and DWI cases will work to help you.