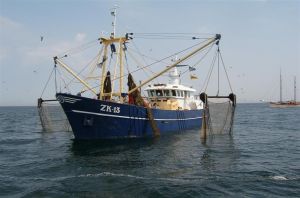 Last night, a shrimp boat ran aground in Atlantic Beach, Florida.  The United States Coast Guard from Naval Station Mayport searched the Atlantic Beach area for the missing boater.  This man was later identified to be Kenneth Thomas.  They searched for Thomas for approximately 10 hours.  Their search ended this morning after the U.S. Coast Guard spoke with Thomas’ mother.

“Thomas and one other person were on the boat called the ‘Joe Bip.’ The other person made it to shore safely, but Thomas was considered missing for nearly 10 hours.  The Coast Guard said that Atlantic Beach police officers reported the incident to the Coast Guard, saying Thomas entered the water to evade police. The officers contacted the Coast Guard when they lost sight of him.  The boat crew from Mayport searched throughout the night Monday and into Tuesday morning. A Coast Guard helicopter also joined the search, as did officers with the Florida Fish and Wildlife Conservation Commission and Jacksonville Fire-Rescue.  PFC Lauren Jorgensen said the owner was not one of the two people on the boat.  The owner was making arrangements with a commercial salvage company to recover the boat.”  (Jacksonville Channel 4 News Team)

At this time, we do not know why Thomas fled and was evading police. According to witnesses, the police took two men off the shrimp boat in Atlantic Beach.  Witness Adam Hansford stated, “The cops got him onshore, and then nobody knew how to turn the boat off, and the boat was just sucking up sand and was probably going to destroy the beach environment putting off gas or something.  So the cops went on deck to try to turn the engine off. No one knew how, not even the first mate. So they had to get the captain to turn the boat off. So as the captain was directing the police officer to turn the boat off, he dove in two feet of water and started swimming.”

As a Jacksonville Criminal Lawyer looking at the facts of this case, I am assuming that they may try to charge the man with Jacksonville resisting and officer without violence.  I am only basing this analysis on the fact that the boater tried to run from police.  Florida Statute Section 843.02 states the law for resisting and officer without violence:

“Whoever shall resist, obstruct, or oppose any officer as defined in s. 943.10(1), (2), (3), (6), (7), (8), or (9); member of the Parole Commission or any administrative aide or supervisor employed by the commission; county probation officer; parole and probation supervisor; personnel or representative of the Department of Law Enforcement; or other person legally authorized to execute process in the execution of legal process or in the lawful execution of any legal duty, without offering or doing violence to the person of the officer, shall be guilty of a misdemeanor of the first degree.”

Thomas may defend himself by arguing that the police were  “in the execution of legal process or in the lawful execution of any legal duty.”  It is unclear with limited facts what the defense may be.