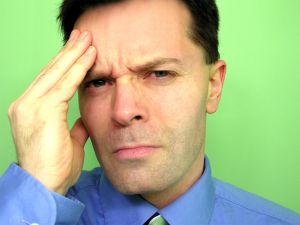 Confused? Need Help? Is your license being suspended as a Jacksonville Habitual Traffic Offender? Call 904-564-2525 for a Florida drivers license lawyer.

If you are a habitual traffic offender in Florida, your driver’s license has been suspended for 5 years.   You have a certain amount of traffic violations, criminal driving charges, or tickets.  As a Jacksonville Habitual Traffic Offender Lawyer, I can say that Jacksonville driving on a suspended license tickets and arrests cause the majority of 5-year habitual traffic offender license suspensions.

The Florida Department of Highway Safety and Motor Vehicles is often referred to as the DHSMV or the DMV.  The DMV will label you as a Jacksonville Habitual Traffic Offender if you receive three Jacksonville driving on a suspended license convictions within a five-year period.  Before the Florida DMV suspends your license for 5 years, they will mail a letter to you.  They are putting you notice that your driver license will be suspended.  The letter will give you the three Jacksonville driving on a suspended license convictions that are being used against you.  The DMV’s letter will also give you the date that your 5-year suspension will begin.  When you receive this letter, call a Jacksonville Habitual Traffic Offender Lawyer for help with your Florida driver’s license.  The DMV only gives you about three weeks notice before they suspended for license in Jacksonville.  Your Jacksonville lawyer will need to schedule a court date, and it could take at least 3 weeks to get into court.  You should call a Jacksonville drivers license lawyer as soon as you find out that your Florida driver’s license is being suspended.

Even if your license has not been suspended as a Florida habitual traffic offender, you may still need a Jacksonville traffic ticket lawyer to assist you in obtaining your drivers license.  Call a 20 Miles Law at (904) 564-2525 for help with your driving record.  By paying a Jacksonville driving on a suspended or revoked license ticket, this will result in a conviction on your Florida driving record.  It is a good idea to talk to a Jacksonville traffic ticket lawyer before paying your Florida tickets.  Your license can be suspended for a many different of reasons.  Many Florida drivers have their license suspended for unpaid speeding tickets or other traffic violations.  Then, they decided to pay all of the tickets and rack up points on their Florida drivers license. A Florida Speeding Ticket Lawyer can help you.