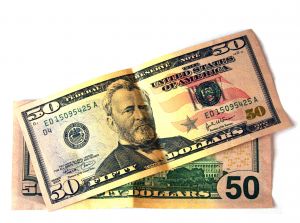 How much money were you accused of taking? This is the difference between petty theft and grand theft.

Have you been arrested in Clay County for shoplifting from the mall?  Were you accused of stealing in St. Johns County?  Are you facing Jacksonville theft charges in Duval County?  Do you want to seal or expunge a Florida criminal record for theft?

Regardless of where you were arrested in Florida, you should understand the type of theft crime that you are dealing with.  Most people have heard the term “petty theft.”  As a Jacksonville criminal lawyer, I have learned that most people think of petty theft as a minor crime.  Under Florida’s theft laws, you can be charged with a misdemeanor or felony.  Jacksonville petty theft charges are labeled as petit theft.  Even if you are charged with misdemeanor petit theft, it is a crime of dishonesty that will show up on a Florida background check when you are trying to get a job or apply for college.

Jacksonville petty theft can be a felony.  Imagine that you were arrested in 2000 for shoplifting a camera from Wal-Mart in Yulee, Florida.  You were convicted of petty theft in Nassau County.  In 2008, you were arrested for stealing a DVD player in Fleming Island.   You were convicted of petty theft in Clay County.  In 2012, you are arrested in Atlantic Beach for stealing a bicycle that is worth less than $300.  Because the bike is worth less than $300, you should be charged with misdemeanor petit theft in Duval County.  You may be charged with Jacksonville felony petit theft, because you have two prior Jacksonville theft convictions.  In Florida, a felony is punishable by up to 5 years in prison.  Jacksonville Grand Theft and Grand Theft Auto are also felonies.

If you are accused of petit theft in Florida, you may be arrested or given a ticket.  If a police officer issues a citation, you need to set a court date for your Jacksonville theft charge within 30 days of your arrest.   Otherwise, a judge will issue a warrant or capias for your arrest.  If you are given a ticket or arrested for petit theft charges, talk to a Jacksonville criminal defense attorney right away.  A criminal lawyer in Jacksonville will protect your rights and defend you.  You may want to clear your criminal record.  Talk to a Jacksonville lawyer that expunges and seals criminal records in Florida to make sure that you dispose of your case properly.  Call (904) 564-2525 or email a Florida attorney.

Florida’s petit theft laws can be found in Florida Statute Section 812.014.  Call (904) 564-2525 to talk to a Jacksonville criminal attorney with experience and that understands the law.