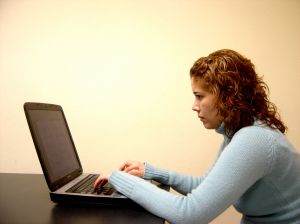 Who Can See Your Florida Criminal Record with a Background Check?

Have you been arrested for aggravated assault in Jacksonville?  Were you accused of using a gun or firearm during the assault?  Did you hire a Jacksonville criminal defense attorney to defend you against these accusations?  Were your Jacksonville assault charges dropped?  Do you still have this violent crime on your criminal record?

If you are arrested for a crime in Florida, this criminal charge will show up when someone runs a background check.  This is true even if the charges against you were dropped.  Some counties in Florida have online record searches that are open to the public.  The Duval County Clerk of Court is just one of many other counties that offer Internet search for criminal cases.  Many people do not like having their criminal background open for everyone to see.  It is not fair that someone can falsely accuse you of a crime.  If being accused of a crime is not bad enough, you still have a criminal record even when the charges are dropped.  You may be able to seal or expunge your Florida record.  This will remove your arrest from most background checks.

If you were arrested for Jacksonville aggravated assault with a firearm, this charge is on your record.  Your Duval County Criminal Lawyer may have been able to fight to get the Jacksonville gun crime dropped, but that is not the end of it.  If you have checked your arrest record, your Jacksonville assault arrest probably shows up.  Your record should also show that your assault charge was dropped by the Duval County State Attorney’s Office.  Even though your record shows that the prosecutor did not move forward with your case, people can still see that you were arrest for a violent crime like aggravated assault with a gun.

What can you do about it?  How can you clean your Florida criminal record up?  You may be able to expunge your Florida criminal record.  At 20 Miles Law, a Jacksonville lawyer with experience in sealing and expunging records will talk to you about erasing your past Jacksonville aggravated assault arrest.  Read Can I Expunge My Florida Criminal Record for more information.