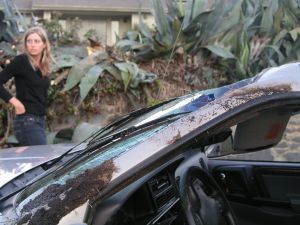 Yesterday, I posted an article about a Jacksonville hit-and-run car accident that police were investigating.  Early last Friday morning, a man was severely injured outside of a night club in the Jacksonville Landing.  Although it appears that committed Jacksonville fighting or affray offenses that night, the real injury did not stem from a Jacksonville battery charge.  Instead, a man was sent to the hospital where he remains in critical condition due to a hit-and-run.  The suspect driver left the scene of the accident, but he was apprehended.  Read Jacksonville Police Investigate Hit and Run Accident and Battery Charges for more information about this downtown incident.  The downtown hit-and-run was not the only Jacksonville leaving the scene of an accident with injuries case that occurred over the weekend.  The Florida Times Union reported the following:

“Police are looking for more information in a hit-and-run early Sunday that left a 68-year-old Jacksonville man dead in the 6600 block of New Kings Road.  Ralph Young, who lived on West 22nd Street, was headed down New Kings Road toward Richardson Road about 2:20 a.m. when a bronze 2001 Buick LeSabre hit him from behind, police said. Young’s vehicle then hit a tree, and he was pronounced dead at the scene.  His unidentified passenger was taken to a hospital with life-threatening injuries, police said. The Buick’s driver fled on foot, leaving the car behind. Police said they have identified a possible suspect but need more information as the investigation continues.  Anyone with any information about this crash or the driver of the Buick can contact the Sheriff’s Office at (904) 630-0500, or by email at JSOCrimeTips@jaxsheriff.org.”   Read more at Jacksonville.com.