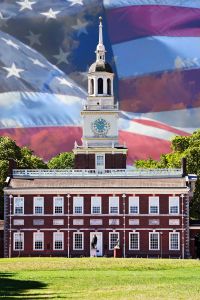 Yesterday, I wrote an article about the right to remain silent (“A Jacksonville Lawyer’s Advice about the Right to Remain Silent in Florida“).  Under the 4th Amendment of the United States Constitution, which applies to the States via the 14th amendment, you cannot be forced to incriminate yourself.  The right to remain silent and the right to a lawyer are referred to as your Miranda rights.  Most Jacksonville criminal defense lawyers will tell you not to talk to police officers without the advice of an attorney.  Even if you start talking to a police officer, you can stop the conversation at anytime and ask for a Jacksonville criminal defense attorney to be there with you.  The detective may say, “If you didn’t do anything wrong, why do you need a criminal lawyer?”  My response is, “If there is nothing wrong with your line of questioning, why do you care if I call my attorney?”  If the detective is truly upholding Florida’s laws, he will have no problem complying with the law that requires him to stop talking to you until you are represented by your Jacksonville lawyer.  These are laws that everyone in this country is entitled to, regardless of what they have been accused of doing.  If you need a lawyer in Jacksonville or Northeast Florida, call (904) 564-2525.

I have seen a few things in the news lately that have made me ask, “Where was that person’s lawyer?”  Two Florida cases come to mind.  One is a high profile Florida Stand Your Ground murder case.  The other is not a criminal case in Florida, but it involves a Florida politician.
1.     Trayvon Martin Murder Case:  For those of you that have not heard about this case, I have written several articles about Trayvon Martin and George Zimmerman.  Here is one of them: Jacksonville State Attorney Office to Prosecute Florida Self-Defense Case.  Basically, George has been charged with the Florida murder of Martin.   Zimmerman has claimed that he acted in self-defense under Florida’s stand your ground law.  This week, Zimmerman was interviewed on television.  While I do not want to question another Florida criminal attorney’s decision to permit his client to be interviewed and recorded, I am puzzled.  I understand that Zimmerman would like to express himself.  However, when you are defending a criminal case in Florida, it is best for the defendant not to make statements.  I am sure that Zimmerman will be testifying at his Florida murder trial.  The prosecutor will use any inconsistent statements to discredit and impeach him.  As a criminal lawyer in Jacksonville, I want my client not to have statements that may be used against him later.
2.     Florida Lt. Governor Jennifer Carroll’s Sex Scandal:  Carroll is a married woman that was accused of having a sexual relationship with another woman.  In response, she went on television and made a statement.  Jacksonvillelawyerhelp.com posted an interesting blog posting a video of this interview.  Carroll stated “The problem is that when you have these accusations that come out, it’s not just one person you’re attacking. It’s an entire family. My husband doesn’t want to hear that. He knows the type of woman I am. I mean, my kids know the type of woman I am. For twenty-nine years – I’m the one that’s married for twenty-nine years. The accuser is the one that’s been single for a long time. So usually black women that look like me don’t engage in relationships like that.”  I cannot help but wonder.  Did she talk to her Florida attorney or an advisor before making this statement?