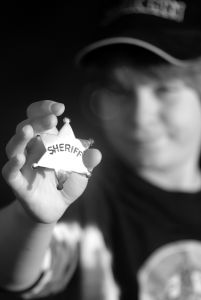 False Domestic Violence Charges Can Take Everything Away

A member of the St. Johns County Sheriff’s Office was arrested on May 11, 2012.  He was arrested for a Florida domestic battery charge.  His girlfriend was the alleged victim.  She stated that he battered her by slamming her face into the floor and head butting her.  According to Florida media reports, “Randy Wayne Capo, 52, a 31-year veteran of the department, resigned in June… An internal investigation recommended that Capo be let go. He resigned while the recommendation for termination was moving up the chain of command.” (Jacksonville.com)

Although the St. Augustine domestic battery charges were dropped, the domestic violence accusations ruined this man’s career.  “Capo was a sergeant over the patrol unit before he resigned. He began working with the Sheriff’s Office in 1981 as a dispatch operator and then became a deputy and later a patrol sergeant…He also worked as a traffic supervisor before being transferred to the directed patrol unit.”  His Jacksonville lawyer stated that Capo “provided great service to the sheriff’s department and the community” in St. Johns County.  This St. Johns County Lawyer was “glad to see this put behind [Capo].”

If you need help from a Jacksonville Criminal Lawyer, contact 20 Miles Law at (904) 564-2525 or by email (Find a Lawyer).  A Jacksonville Criminal Defense Attorney can answer your questions and defend you and your rights.  Whether you are trying to fight criminal charges, fix your Jacksonville drivers license, or seal or expunge your Florida record, talk to a lawyer in Jacksonville.