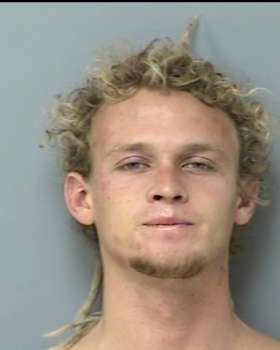 Many of us have heard about the “Zombie” attack in Miami, Florida.  In this Florida aggravated battery case, Rudy Eugene attacked a homeless man eating his face off.  There were many reports stating that he was high from “bath salts, a class of synthetic drugs that have been known to cause bizarre behavior and overheating of people who use them.”  Florida media reports now state that he was “not high on bath salts or any other exotic street drug at the time of the attack, according to a report released Wednesday by the Miami-Dade Medical Examiner.”

I recently read an article on the Florida Times Union’s website (Jacksonville.com).  Last Saturday in St. Augustine Florida, Jeremiah Aaron Haughee was arrested for several violent charges.  He was taken to the St. Johns County for five battery charges.  Three of those Florida battery charges were for battery on a law enforcement officer.  The St. Augustine Police Department also booked him on burglary and criminal mischief charges.

He is accused of taking his clothing off and going on a naked “rampage, biting a chunk out of a man’s stomach after leaping from a roof onto a car on Palmetto Avenue, according to the St. Augustine Police Department.”  Two men restrained Haughee outside of their home in St. Augustine, Florida.  According to these men, “he had destroyed lawn furniture, then climbed on their roof before leaping onto a car and denting its hood. When the men came out of their house, Haughee ran in and tackled them, then urinated on the floor before biting one of them in the stomach.”  Five police officers used “two sets of handcuffs, leg shackles, a gag and Taser strikes to control Haughee.”   Three of the five police officers were bitten, hit, or kicked trying to compete the arrest. Haughee was taken to the hospital and released Sunday after posting a $32,000 bail.

As a Jacksonville criminal lawyer, I think the battery charges are clear.  Depending on the injuries, he may also be facing Florida aggravated battery charges.  A Jacksonville simple battery charge requires an unwanted touching or injury.  The only difference between simple battery and battery on a law enforcement officer is the victim of the crime.  If the victim is a police officer, it is a felony battery in Jacksonville.  Florida criminal mischief occurs if a person willfully and maliciously injures someone else’s property.  Although Haughee may have damaged another person’s property, it is important to know his intent before convicting him of a crime.  Florida burglary also requires intent.  Haughee must have entered the home or the enclosure surrounding it with the intent to commit a crime.  What did he intend on doing at the house?  Was he involuntarily intoxicated?

When you look at arrests such as this St. Johns County battery and the Miami zombie case, it makes you think about what the attacker was thinking.  Haughee’s intent is very important when you look at the criminal charges.  He will need a St. Johns County lawyer to go through every element and aspect of his case to build a defense to his criminal charges.  I have been a Jacksonville criminal defense attorney long enough to know that things are not always as they seem.  While the media has painted him as some kind of monster, there has to be more to this story.