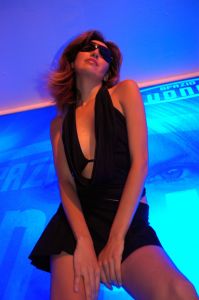 Wacko’s is a gentleman’s club and bar located on University Boulevard in Jacksonville, Florida.  As a criminal lawyer in Jacksonville, when I hear about a crime at a gentleman’s club, I think of a violation of the adult entertainment code.  The Duval County Municipal County Ordinance, Section 150.606, prohibits certain nude acts.  I have represented nude dancers for violating the adult entertainment code, so when I heard that Wacko’s bar was at the center of a potential crime this weekend, I thought that it had something to do with nude dancers.  I was wrong.  Last Sunday morning, a security guard shot three patrons in the parking lot of this Jacksonville bar.  The security guard has stated that he was merely defending himself.  If so, he will be covered by Florida’s self-defense laws and Florida’s Stand Your Ground Law.

A Jacksonville News report stated: “Police said there was a fight inside Wacko’s Gentleman’s Club involving club-goers and bouncers.  According to the police report, the fight moved outside and ended when an armed security guard, Jarod Chemay, shot three men inside their truck.  Investigators said Chemay, a Centurion Security Services employee hired by Wacko’s to control the property, told them he opened fire because they were driving their truck at him, trying to run him over.”  (News4Jax.com)

Chemay may have been acting in self-defense in Jacksonville. Although Chemay has not been arrested for the shooting, he may still be arrested.  A Jacksonville Criminal Lawyer will need to show that he was legitimately defending himself when he pulled his firearm. Chemay used deadly force when he fired his gun.  Under Florida’s self-defense laws, he can only use deadly force if he believed someone was going to use deadly force against him.