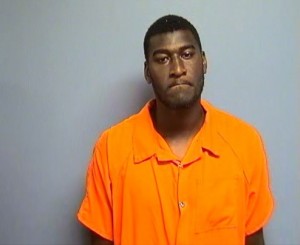 Jacksonville driving under the influence charges.  The article was about the Florida DUI laws and drinking underage in Jacksonville.  It was titled, Jacksonville DUI Lawyer for Florida Drunk Driving Charges.  It discussed the DUI arrest of Justin Blackmon.  Blackmon is the Jacksonville Jaguar’s first-round draft pick.

Blackmon was not arrested for a Jacksonville DUI charge.  He was arrested in Oklahoma for drunk driving.  On Tuesday, he pleaded guilty to driving under the influence “and was given a sentence that includes no jail time for the former Oklahoma State star.”  (News4jax.com)    He made a plea deal with prosecutors.  As part of his DUI plea agreement, he was pleaded guilty to misdemeanor DUI in return for a negotiated sentence.  He was sentenced to a one year deferred sentence.  As a Jacksonville criminal defense attorney and Jacksonville DUI lawyer, I have negotiated similar sentences with the Duval County State Attorney’s Office.  A deferred sentence in Oklahoma must be similar to a suspended sentence in Florida.  A suspended sentence means that you are placed on probation in Jacksonville.  As part of your sentence, if you violate your Florida probation terms, you will go to Duval County Jail for a certain time period.  If you receive a 6 months suspended sentence and you violate your probation, you will go to jail for 6 months.  If you did not have a suspended sentence, you would go to a violation of probation hearing. After your Jacksonville probation hearing, the judge would decide whether to reinstate your probation, terminate your probation, or send you to jail.

In this Jacksonville Jaguar’s DUI plea, it appears that he is placed on probation to “pay a $500 fine and $100 to a drug abuse and treatment fund as well as court costs. He must also complete 50 hours of community service and fulfill other plea requirements by Jan. 24.”  I am sure that Blackmon will not have a problem paying the fines and fees associated with his drinking and driving charge.  Some judges in Florida DUI cases will permit a criminal defendant to “buy out” his community service hours.  As a Jacksonville driving under the influence lawyer, I consider this to be a lenient sentence considering that his “breath test allegedly showed his blood-alcohol content to be three times the legal limit.”  Also, he “was previously arrested on a DUI charge in Texas in 2010 that was later reduced to underage alcohol possession.”

His DUI lawyer stated, “He is mortified by this… He has apologized to the NFL commissioner. He apologized to the Jacksonville Jaguars. It will not happen again.” She “said Blackmon has undergone a DUI assessment in Florida that was administered by a psychologist. She said the assessment resulted in no alcohol treatment recommendations.”    Blackmon’s DUI Lawyer also stated that he is required to “submit to three urine tests over the next six months to detect the presence of alcohol in his body and will have an ignition interlock device placed in his vehicle for the next two years.”    The ignition interlock may have been part of the negotiation of his DUI plea, but Florida’s DUI Laws also require an ignition interlock if you blow over twice the legal limit.  In Florida, the legal limit for drinking and driving is 0.08 BAC (blood alcohol level).