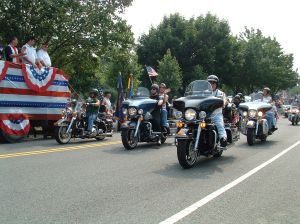 Once I became a Jacksonville criminal lawyer, I immediately started working at the Duval County Public Defender Office.  As a Jacksonville criminal defense attorney and assistant public defender, I was assigned J-1 duty.  That means that I was the criminal attorney in first appearance court for bond hearings.  Under Florida law, defendants go to a bond hearing within 24 hours of their arrest in Jacksonville.  On holiday weekends, the jail courtroom would be packed.  People had been arrested for disorderly intoxication, disorderly conduct, assault, battery, possession of marijuana, underage drinking, and other crimes.

Most of these arrests center around Florida’s alcohol crimes.  Jacksonville driving under the influence is one of the most popular criminal charges on holidays and holiday weekends.  The 4th of July is no different.  Downtown Jacksonville has fireworks and a lot of people gather in the area for the festivities.  Atlantic Beach, Neptune Beach, Jacksonville Beach, and Ponte Vedra in St. Johns County are also popular places to go on the 4th of July.

The reason that a DUI charge will not stick unless the driver is found soon after driving or the accident is due to a lack of evidence.  In Jacksonville driving under the influence cases, the police need evidence to prove that you were driving under the influence to the point that your normal faculties were impaired.  If the driver leaves the scene of the accident, the “driving” element can be proven with witnesses that were at the scene.  The rest of the elements are going to be much more difficult for the Duval County prosecutor to prove.  Although witnesses can testify to how drunk the driver was, there is no evidence to prove it.  There is not a breath test, blood test, urine test, DUI video, or any police investigation.