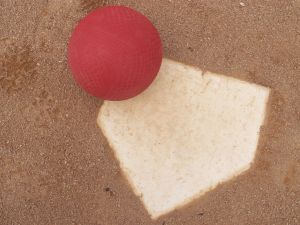 I wrote an article about driving under the influence arrests in Jacksonville on Thursday nights.  Many people go out for drinks on Thursday evening.  Whether it is happy hour or a sporting event, people are out and about.   The Jacksonville Suns baseball team hosts “Thirsty Thursdays” at the Thursday night game.  The baseball games are played at the Baseball Grounds of Jacksonville, which is located downtown.  Many people drive to the game and home after drinking alcohol.  Just like you are aware that there are drink specials that the game, the police know too.  I am sure that they are waiting after the game for people to leave.  When you leave, you may be pulled over for drunk driving.  Even if a police officer suspects that people are drinking and driving after the baseball game, he or she must still have probable cause to stop drivers.  A group of young men driving out of a parking lot after a Jacksonville Suns game is not probable cause to stop a car.  There must be some signs that the driver is driving under the influence.

Yesterday evening, I was at Wingate Park in Jacksonville Beach, Florida.  I notice a Jacksonville Beach police car sitting at the entrance and exit of the parking lot.  I have a feeling that the police car was not there for the little league baseball game.  WAKA is a kickball association that has a league that plays on Thursday nights in Wingate Park.  It is a good idea to have a designated driver if you plan on drinking at this kickball game.

Many people do not know the way a Jacksonville DUI investigation works.  First, the police officer suspects that you are driving under the influence of drugs or alcohol to the extent that your normal faculties are impaired.  Then, you are stopped.  The police officer must have probable cause to stop the vehicle.  You might be stopped because you are weaving, driving erratically, or made a traffic violation.  For example, you can be stopped for a Florida speeding ticket or Jacksonville traffic ticket.  Then, the police officer smells alcohol and has other reasons to suspect that you are driving under the influence.  He asks you to exit the vehicle.  He gives you DUI tests.  These are known as field sobriety exercises.  After taking the tests, he thinks you failed them.  You may have done well on the DUI tests.  You were able to walk the line and balance.  You said the alphabet for the ABC test.  You touch your nose with your finger six times, just like he asked you.  You are surprised that he is arresting you for driving under the influence in Jacksonville.  He takes you downtown to the Duval County jail.  At that time, another police officer at the jail asks you to give a breath sample.  You are already under arrest, and now they want you to take a breath test with the breathalyzer machine.  Even if you blow less than a 0.08, they are not going to let you go.  If you blow over a 0.08, this will be used against you to prosecute you for Jacksonville DUI.  Regardless, your night is ruined.