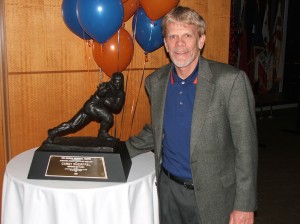 When I first became a Jacksonville criminal lawyer, I worked as a Duval County public defender.  I worked with some of the most brilliant legal minds.  I will never forget the things that great Jacksonville criminal defense attorneys like Lewis Buzzell, Al Chipperfield, Pat McGuinness, Bill White, and many more Jacksonville criminal lawyers taught me.  I am so proud just to say that I worked with such hardworking attorneys.  While I was on the Florida Bar’s website, I just came across an article on the homepage.  It was about Lewis Buzzell.  He is no longer working at the Duval County Public Defender’s Office.  While there is no better feeling than helping someone that has been falsely accused of a crime, Lewis has found an even grander project.  This former Florida public defender has dedicated his time, enthusiasm, and energy into a place that needs him much more.

The Florida Bar’s articles was written by senior editor, Jan Pudlow.  It is entitled “8,000 miles from home, former PDs help build a new Afghanistan.”  Here is a portion of the law article:

Rick Parker’s home away from home in Afghanistan is a walled compound of four buildings protected by armed guards, where his commute is a one-minute walk from his bed in Building 3 to his desk in Building 1.  Lewis Buzzell’s home in another compound forced him to brave Kabul’s “ferocious” rush-hour traffic on crumbling roads, making him think his “chances of getting hurt in a traffic accident were greater than being injured by the Taliban.”  This pair of former Florida public defenders (Parker the elected public defender of the Eighth Circuit and Buzzell an assistant in the Fourth) serve as employees of Pacific Architects and Engineers, Inc., a private firm working with the Ministry of Justice Assistance Section and the Afghanistan Independent Bar Association. They joined 65 U.S. attorneys in nation-building, mentoring, and training Afghan nationals, with the goal of helping secure a sustainable future for this war-torn country nearly 8,000 miles from Florida.  Working six days a week, with Fridays off, Parker calls it a second career. He’s been there for 22 months, saying PAE has received a contract extension to May 31, 2013.   “There are uncertainties about security and housing, but, if feasible, I will stay throughout the current contract,” Parker said.  Returning home in mid-July after about a year’s service, Buzzell said: “I arranged with our boss to leave the program six weeks before the end of my contract to go with my son, Logan, who is a college intern working for the United Nations’ World Food Program in Bangkok.”

Parker and Buzzell answered interview questions that you can read by clicking on this link, Florida Bar News.  I think that I speak for everyone that worked at the Duval County Public Defender Office of the 4th Judicial Circuit with Lewis Buzzell when I say that we are so proud of him.  Many lawyers in Jacksonville know Lewis, and he is well respected.  Special Thanks to his wife, Jan Buzzell, for the great picture.  Go GATORS!