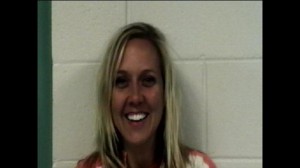 On June 15, 2011, a Friday night, Stacy Turner Johnson was arrested in Nassau County.  Johnson is the chairwoman of the Nassau County Commission.  She went to jail, because police accused her of driving under the influence in Nassau County, Florida.  A Nassau County judge did not require her to post a bond in order to be released from jail.  Instead, she was released on her own recognizance that Saturday morning. When a person is released on her own recognizance, she is not required to post a monetary bond.  She does not have to pay any money to be released.  Instead, she is released based on a promise that she will return to court on her scheduled court dates.  In order to obtain a non-monetary bond, you should show that you have established close ties with the community and that you are not a flight risk.  As the Nassau County Commission chairwoman, Johnson has established that, assuming that she does not have a prior record showing she will not return for her DUI court date.

“On March 9, Johnson was punched in the face by another woman during a fight inside the bar of the Ritz-Carlton, Amelia Island. Johnson told Nassau County sheriff’s deputies that incident occurred about 10:30 p.m. Johnson said she walked up to the woman in the hotel bar and told her “I just wanted you to know I deleted you off my Facebook account, you fat [filtered word], “ according to the incident report. Johnson said she was walking away when she was grabbed by the arm and punched in the face. Johnson said she blocked the woman and her friends from leaving the hotel and began yelling for police. But when deputies arrived, Johnson said she did not want to press charges, the report said. Both women were given warnings for disorderly conduct and escorted off hotel property, according to the Sheriff’s Office. Johnson, who represents District 3 on the commission, was elected in 2008. She is not seeking re-election. Her term will expire in November, according to county election records.”

Although Johnson is not seeking reelection, it is important that she fight her Florida DUI charges and this drunk driving accusation.  She should talk to a Jacksonville driving under the influence lawyer about her case, immediately.  If you have been arrested for DUI, known as DWI in other states, call a lawyer in Jacksonville at (904) 564-2525. A Jacksonville criminal defense attorney at 20 Miles Law will help you through this difficult time.