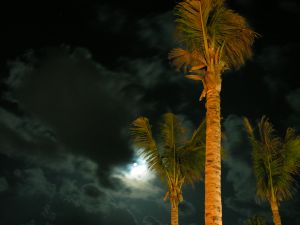 When I drive down Florida Boulevard in Neptune Beach, I often see a police officer sitting on the side of the street waiting for speeders.  I have been pulled over on that street, but luckily I was not given a Florida speeding ticket.   Florida Boulevard has a speed limit of 30 miles per hour.  It is easy to drive 45 miles an hour on this road without realizing that you are speeding.  There are other speed traps in the Jacksonville Beach area.

A police officer can stop your car if he or she has probable cause. The United States “Supreme Court held that the constitutional reasonableness of a traffic stop is not dependent on the motivations of the individual officers involved and applied a simple objective test, based on the common law rule that probable cause justifies a search and seizure.”  Holland v. State, 696 So. 2d 757, 758 (Fla. 1997).  If a police officer has probable cause to believe that you are speeding, ran a stop sign, or you were not wearing a seat belt, he or she may pull you over.  If you commit a traffic violation, you can be stopped and given a Jacksonville traffic ticket.

Imagine that you are driving home from the Ritz, the Brix, Lynches, or another Jax Beach Bar.  You live in Mayport.  On your way home, you are stopped by a police officer for speeding.  Since it is 2:00 a.m. on a Sunday morning and the beach bars have just closed, you believe that the police officer is stopping you because he thinks you are driving under the influence.  If a police officer wants to pull over a driver for DUI in Jacksonville, he or she must have probable cause.  Let’s say the police officer does not have probable cause to believe the driver is driving under the influence in Jacksonville.  If the driver is speeding, he or she can be pulled over and given a Florida speeding ticket.   Once the officer comes up to your window, he or she will talk to you.  The police officer is looking for “indicators of impairment” as evidence to show that you have been drinking and driving in Jacksonville.  Indicators of impairment are things such as bloodshot eyes, odor of an alcoholic beverage, slurred speech, and being unsteady on your feet.

As a Jacksonville DUI Lawyer, I have learned that if a police officer wants to find an indicator of impairment, he or she can.  Late at night, many people have bloodshot eyes, because they are tired and driving in the dark.  You cannot tell how much someone has had to drink based on the smell of alcohol on his or her breath.  One beer will leave the smell of beer on your breath.  It is not illegal to have one beer and drive, so long as you are in compliance with Florida’s DUI laws (Florida Statute 316.193).  When looking into whether or not someone has violated Florida’s DUI Laws, it is important to look at all the evidence in the driving under the influence case.

When a Jacksonville driving under the influence lawyer has a DUI case, the first thing we want to see is the police reports and the video or DVD that was in the police car.  I have read police reports that said my client performed terribly on the field sobriety tests or exercises.  I watched the video and my client did very well on these subjective DUI tests.

If you have been arrested drinking and driving, talk to a Jacksonville Criminal Defense Attorney for help with you case.  At 20 Miles Law, you can talk to a lawyer in Jacksonville about your drunk driving charges.  Get help by calling (904) 564-2525 or by email (Contact a Lawyer).